As Komen Fundraising Comes up Short, Where to Place the Blame? 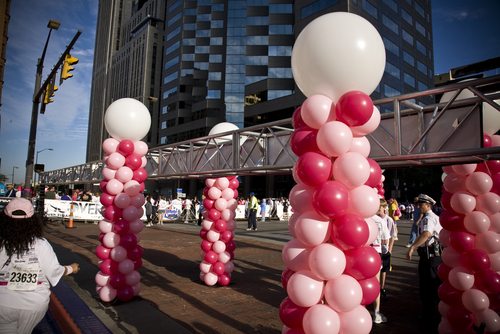 Yesterday marked the 40th anniversary of Roe vs. Wade, but the struggle continues. Just ask Susan G. Komen for the Cure affiliates that continue to feel what appears to be ripple effects from the national Komen organization’s now-rescinded decision to defund Planned Parenthood approximately one year ago. Now, two months out from its major fundraiser, Susan G. Komen Southwest Florida is looking for a new leader. Miriam Ross, the organization’s former executive director, left after approximately four years. Her temporary replacement, Noreen Thomas, calls the separation a positive one and says Ross’ opportunity at a local hospital is “wonderful,” but she did not know what the opportunity was, exactly, and Ross reportedly did not return calls from The News-Press requesting comment.

Komen Southwest Florida fell $150,000 short of its $1 million fundraising goal for the Race for the Cure last year. Some blamed the drop in donations on the national organization’s decision, which was later abandoned in the wake of public pressure, to stop funding breast cancer screenings at Planned Parenthood. Originally, Komen officials said the move was because Planned Parenthood was at the center of a congressional investigation. That investigation was launched at the urging of anti-abortion activists and the funding was later restored, but fallout from the decision has continued.

Thomas, who is volunteering her time as interim director, is quoted as saying that Ross’ departure was not related to the Southwest Florida affiliate’s shortfall in fundraising. According to Thomas, the problems created by the national organization did not have anything to do with the shortfall; instead, Thomas blames it on the downturn and on competition from new nonprofits. “I think there is a general climate in this whole region, if you look at other nonprofit charities, I think everybody is struggling to some degree to meet quotas and goals from prior years.”

The organization has lowered its goal this year to the $850,000 it managed to raise last year, but the organization’s development assistant says that approximately 450 people are signed up for the race in comparison to the 715 who were signed up by this time last year.

NPQ has no firsthand knowledge of this organization but we have written elsewhere about the fact that the ripples from the Komen incident were bound to persist for some time. Planned Parenthood has proven itself a powerful influencer of its grateful constituency of women, as evidenced by the group’s ROI on political spending, which was the best in the 2012 election cycle. –Ruth McCambridge