As Moratorium Ends, Detroit Water Shutoffs to Start Up This Week 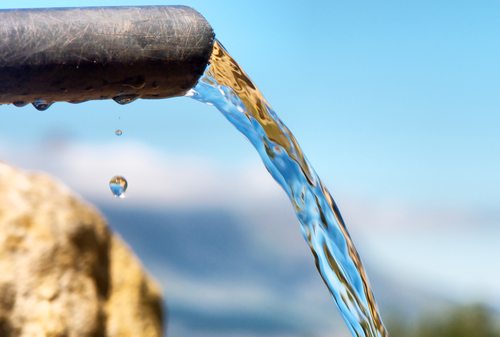 Yesterday, August 25th, the moratorium on water shutoffs in Detroit came to an end. According to Darryl Latimer, the deputy director of the water department, the purpose of the moratorium was to give the water department time to deal with the bad publicity it had attracted for having turned off running water on 19,000 customers since March, although 14,000 were able to get their service turned back on. One hundred and fifty-seven businesses also had their water turned off, but all have had service restored after making payments. Another 919 businesses were able to avoid turnoffs by making payments or going onto a payment plan.

As of Tuesday, the 26th, unless there is a last minute extension of the moratorium, the shutoffs for residential customers will resume. Will this be a new beginning for the Water Department, now under Mayor Mike Duggan’s control and direction (though he hasn’t fired the department’s management) or a “return to the future?”

About half of the water department’s 170,000 customers had been listed by the department as seriously delinquent, cumulatively owing a sum well into the millions—about $42 million in residential accounts in arrears out of total delinquent bills of $86.7 million. The Water Department’s website described a “water fair” at Cobo Hall on Saturday, August 23rd, as “the final chance” for Detroit residents to come and pay their water bills or find out if they qualified for assistance. Staff from the Wayne Metropolitan Community Action Agency and the United Way for Southeastern Michigan participated in the Cobo Water Fair. The Department shut down its call center and three customer care centers on Saturday so that it could send all possible staff to the all-day fair, though apparently people will be allowed to use the customer care centers through August 28th if they showed up and got a voucher proving that they tried to get help.

WDIV reported the following on the Cobo Water Fair results based on Water Department information:

Also, it appears that during the moratorium, the Department increased the number of customers who were on installment payment plans from 17,000 to “more than 25,000.” That still leaves a large number of Detroiters in danger of having their water turned off again starting this week.

The Detroit water crisis is full of ironies. Detroit is located on the Great Lakes, bodies of water that contain 21 percent of all the surface freshwater in the world, according to the Detroit Water Brigade, yet many residents are facing a future with no running water. The average residential past-due account owed $1,703, but the city is paying a private firm $5.6 million to turn off water service in homes, enough money to save many more households from losing their running water. With all of the attention that this crisis has spawned, from City Hall to the United Nations, from the local Detroit press to the world of social media, it seems next to unbelievable that starting this week, a new round of shutoffs might begin.—Rick Cohen