As Obama Focuses on Black Men and Boys, What About Black Women? 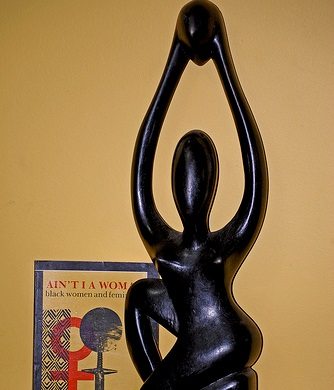 Nia-Malika Henderson reports that at least 210 “prominent black men,” including activist actor Danny Glover, have written an open letter asking President Obama to consider the needs of black women in conjunction with the administration’s My Brother’s Keeper initiative.

This has been a topic on politically progressive listservs for some time, but a formal letter counts for something more. The letter says that the signatories “were surprised and disappointed that your commitments express empathy to only half of our community—men and boys of color.” The exclusion of women and girls, according to Glover and his colleagues, is one of what they call “the unfortunate missteps in the My Brothers [sic] Keeper initiative.”

During a press call last Thursday that we wrote about on Friday, the issue of the exclusion of women and girls was presented to Valerie Jarrett and Cecilia Muñoz, President Obama’s two top domestic advisors. Jarrett responded that the president in 2009 created the White House Council on Women and Girls, which she chairs, and just recently presided over a White House science fair that promoted women and girls entering STEM fields.

The gaps between white girls and black girls are as well known as those between young black men and their white counterparts, including statistically verifiable inequities in in-school suspensions, high school graduation rates, incarceration rates, and issues of violence.

Might this be an opening for a My Sister’s Keeper initiative? There is growing pressure to recognize the challenges faced by women, with former president Jimmy Carter the most prominent of voices in this regard. In his new book, A Call to Action: Women, Religion, Violence and Power, Carter writes, “I have become convinced that the most serious and unaddressed worldwide challenge is the deprivation and abuse of women and girls, largely caused by a false interpretation of carefully selected religious texts and a growing tolerance of violence and warfare.”

The big news on Friday when the president formally received the interim report of his My Brother’s Keeper task force was the appointment of Magic Johnson to co-chair an effort toward an “external push to get more folks on board.” In getting more folks on board, it is hard to imagine that supporters won’t be reacting to some of the cross-cutting recommendations in the report, going beyond just actions and services for black men and boys.

The fate of young women of color in President Obama’s My Brother’s Keeper program isn’t resolved by Valerie Jarrett announcing her chairing a commission; there’s a commission or task force or blue-ribbon committee on nearly everything in every presidential administration. However, the answer in this administration’s My Brother’s Keeper initiative, the beneficiary of some $200 million in grantmaking commitments from private foundations, will follow in two important responses.

One response is a follow-up report that is supposed to be coming from the foundations themselves when they announce the specific allocations of their funding. The other will be in how minority-serving institutions such as historically black colleges and universities respond to the president’s program. If they and others are sidelined as the decision-making impetus leans toward elite foundations, My Brother’s Keeper will suffer as many other programs addressing racial inequities and purporting to promote racial justice do when the leadership somehow bypasses institutions and organizations led by and accountable to persons of color.—Rick Cohen