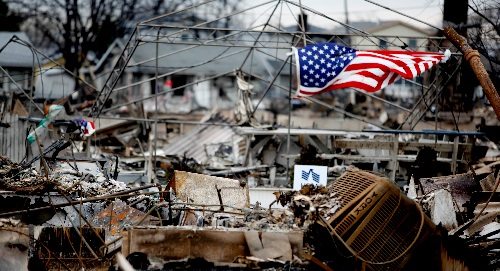 In the wake of Superstorm Sandy, many people lost their homes in such neighborhoods as Midland Beach in Staten Island and Rockaway Park in Queens. The storm surge damaged over 62,000 residential properties, many multi-family buildings, leading to almost 68,000 owners and more than 84,000 renters registering with the Federal Emergency Management Agency to be eligible for potential FEMA housing assistance.

Those numbers probably do not count the thousands of people who might have been displaced from basement apartments, attic apartments, or other “informal” living spaces that many poor people inhabit but may be illegal under New York city and state law. Typically, such illegal living spaces, frequently below any standard of decent and safe housing, are low-rent units available for the very poor, including immigrants. Because these units are unregulated and illegal, the property owners cannot get money to rehabilitate residential units that for all practical purposes do not exist, and tenants typically cannot obtain housing assistance for having lost their illegal accommodations.

“I’m not going to tell you they were great housing,” said Legal Aid Society attorney Judith Goldiner about the illegal units, “but on the other hand they were affordable housing to a lot of low-income people.” The displacement of potentially thousands of illegal tenants means greater demand for New York City’s ever-decreasing supply of low-income apartments.

We suspect that the challenge for organizations trying to obtain assistance for these displaced tenants, such as the nonprofit Make the Road New York, has been significant. MRNY’s recently released report on its Sandy relief efforts refers to the problems faced by undocumented immigrants impacted by the storm surge, implicitly saying that some might have been living in housing units that were as undocumented as their occupants’ immigration status. The result for many such displaced families is higher housing costs, which Melissa McCrumb, a Sandy response coordinator with Make the Road New York, said is forcing tenants to cut into their food budgets in order to pay their new rents.

The significance of illegal apartments, and consequently illegal tenants, among the households affected by Superstorm Sandy demonstrates that often the “official” counts of people in need due to disasters, poverty, or other conditions may miss scores of others who aren’t official. Accordingly, the challenge for nonprofits engaged in delivering aid is to discover hidden victims and arrange for means of delivering assistance when all the typical avenues of aid aren’t typically available. That’s one reason why the nonprofit sector has such a critical role to play in addressing what the public and private sectors can’t and won’t.—Rick Cohen