At Renovated Museum, Interactivity Is the Name of the Game 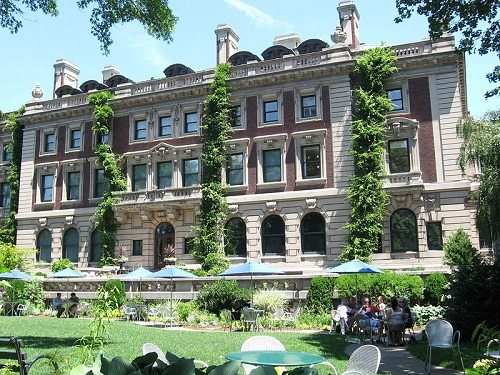 Interactive museum exhibitions are hardly breaking news as cultural institutions everywhere seek to engage visitors in experiential learning and memorable encounters with art, history, science and other disciplines. But when the Cooper Hewitt, Smithsonian Design Museum in New York City reopens in December 2014 after a three-year renovation, visitors are likely to be more than a little impressed by the “interactive, immersive creative technologies” that await them.

The museum, which was founded in 1897 and has been a branch of the Smithsonian since 1967, has increased its gallery space by 60 percent. Even more importantly, its leaders have been hard at work creating what Wired has called “a free-flowing, open-ended experience.” Using a sophisticated electronic gadget that looks like a pen—and in fact is called “the Pen”—each museumgoer will be invited to gather data from exhibits throughout Cooper Hewitt’s galleries and archives and enter into the design process in a seemingly limitless variety of ways.

The Pen was itself developed through a collaborative industrial design process that involved several firms and several iterations; in fact, it’s still a work in progress. Key to the museum experience is a series of “large-size, ultra-high-definition tables and screens” where visitors can access, study, and manipulate the data they’ve collected on a Pen. For example, after virtually collecting a series of objects from the galleries, you might decorate a virtual room with them, and then project your finished work onto a wall in the Immersion Room. Or you might make a rough sketch of a teacup or a lamp, thereby calling up every related image in Cooper Hewitt’s archives. You might redesign one of those objects to your own liking, or design something entirely new. Or you might read about or watch a video on the life and work of a particular designer whose work has caught your eye.

And because your Pen—and the data you’ve collected—will be linked to your admission ticket, you can keep creating and exploring long after you’ve left the museum. Visitors will be able to log into an online record of each visit, share the objects they’ve collected and created, and keep building on the experience and on their personal “collections” every time they visit.

As noted on the museum’s website, “Cooper Hewitt’s renovation provides the opportunity to redefine today’s museum experience and inspire each visitor to play designer before, during and after their visit.”—Eileen Cunniffe