Last week, Judge Richard J. Leon denied the Department of Justice’s request that the court deny the $85-billion merger of AT&T and Time Warner, one of the biggest antitrust cases this century. The merger was opposed by President Trump, in what some see as a shot at a news outlet he dislikes, CNN. Judge Leon, a George W. Bush appointee, saw the grounds to stop the merger as being “gossamer thin.”

Since AT&T and Time Warner are on different levels of the supply chain, this merger does not necessarily reduce competition in the way, say, a McDonald’s and Burger King merger would. Instead, this type of merger is known as vertical integration. Instead, to block this merger, the government needed to make a case that competition would be reduced in a more indirect way.

The government built its case, for the most part, using the argument that the merger would give AT&T increased leverage when bargaining over affiliate fees with cable network distributors. The argument goes like this:

This line of reasoning does not seem too far-fetched. Indeed, there are genuine concerns that this will be a burden on consumers of cable television foretold by the Comcast/NBC Universal merger. The proof of that lies in the fact that Comcast has done little to nothing to lower rates or improve service, argues Michael Hiltzik in the Los Angeles Times.

AT&T, for their part, argued that the merger will help it more easily deliver content for its customers (such as that produced by the Times Warner business lines listed above).

On the one hand, both the government and AT&T agreed that AT&T customers will be better off. Both parties agreed that the costs savings from the elimination of arms-length negotiations between AT&T and Time Warner will be roughly $352 million per year. On the other hand, the government brought forward a case that simply did not hold water. Indeed, Steven Pearlstein, a Pulitzer Prize-winning business columnist for the Washington Post and critic of DeLeon’s decision, nonetheless conceded that “Every lawyer I spoke with this week agreed that, in the matter of US v. AT&T, the Justice Department put forward a bad case.”

What will this mean for nonprofits and public discourse going forward? Immediate changes in programming at CNN or other Time Warner media companies seem unlikely. At some level, media consolidation has progressed so far—back in 2005, NPQ’s Ruth McCambridge noted that seven large firms dominated the media market even then—that it is hard to assess the impact of one more merger.

And yet…there are some lingering questions as far as the role of the nonprofit in this world. While not a very good analogy, there were similar questions raised when Facebook threw its hat in the distribution ring. As Meredith Betz and Debbie Laskey put it,

If Facebook’s business model is all about monetizing the news, where does that leave nonprofits? Why should they be left out? They certainly have quality content. There are thousands, if not hundreds of thousands of nonprofits that could and would be thrilled to offer content to Facebook, so why were they left behind?

While there is no reason to believe AT&T will be able to control the message of CNN at large, it will certainly be able to highlight CNN and its programming on its own DirecTV and wireless services. Can nonprofits gain a seat at the table? Will their being shut out be a drastic departure from the current norms? It is not clear.

More generally, nonprofits at their noblest serve as stewards of the commons. A space for “free and uncoerced participation” are vital for the exchange of ideas and opinions that allow for a vibrant democracy. When there are gatekeepers to these opportunities for free exchange of valid ideas, abuses can and do happen. Facebook is still coming to terms with its role as gatekeeper, Erin Rubin writes.

As shepherds of the commons, nonprofits play an invaluable role as independent reporters of the world. Journalistic integrity is largely unimpeachable (see reporting in the Washington Post, Wall Street Journal, or New York Times, for example), regardless of corporate ownership or what certain members of the Executive Branch would have you believe.

Nevertheless, the nonprofit sector can bring new views of the world to light, and, more importantly, can offer outside analysis. ProPublica, for example, is an excellent example of the great work nonprofits can do to move objective reporting to the forefront of civil discourse. As the number of gatekeepers for news distribution declines, it will be important the nonprofits continue to tend the commons.

As editor-in-chief Ruth McCambridge writes, nonprofits are vehicles for independent media. That independence allows for perspectives outside the mainstream, which often prove invaluable. They are a chance to get outside the echo chamber and get perspective from marginalized voices. Furthermore, independent media can offer critiques of mainstream media, in a more balanced way than the way some competitors attack each other.—Sean Watterson 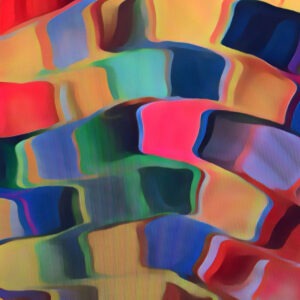 Government Propaganda Spreads like a Virus during the Pandemic 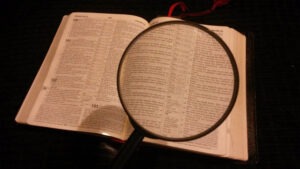 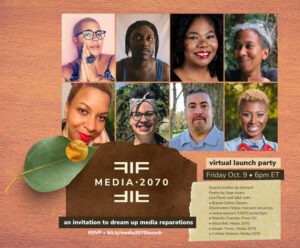 Media Reparations: Reconciling the Past to Better Imagine Our Future

LISC Story Reminds Us of Media’s Failure to Get Community...