Audit on Student Loan Forgiveness Shows Barely Anyone Is Forgiven 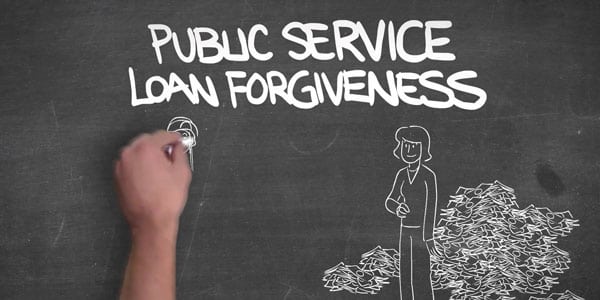 NPQ is continuing to follow the Public Service Student Loan Forgiveness program (PSLF). There are now individuals, employed by nonprofits and government, who have made the required ten years of steady payments, with no late payments, and filed the paperwork to be forgiven the balance of their student loans.

In the past, NPQ has stressed the importance of filing the paperwork correctly and completely. However, in the more than 10 years since PSLF began in 2007, the Education Department never supplied comprehensive written instructions to the company contracted to handle the program, according to an audit performed by the Government Accountability Office (GAO). The GAO’s findings show that very few lucky individuals have had their debts cancelled.

Of the 1.1 million who applied to certify their employment, nearly 900,000 were accepted. Of these, close to 20,000 submitted the completed forgiveness application, but to date, the GAO found just 55 have had their loans cancelled. (The Education Department recently updated the number of loans forgiven to 96.) The average amount of debt cancelled is $58,000 per person. The highest amount was almost $290,000.

Nonprofits need these college graduates, from social workers to business majors, baccalaureates to doctorates degrees are critical to providing critical services in our communities and making positive changes in the world. Unfortunately, nonprofits do not pay what the business world might; the PSLF piece is part of the benefits package.

“The GAO report makes clear that the Trump administration’s failure to faithfully implement the Public Service Loan Forgiveness program is causing widespread confusion and uncertainty for public servants,” said Rep. Robert C. “Bobby” Scott (D-VA). “Despite the administration’s consistent hostility toward this popular program, it is still obligated to ensure that teachers, social workers, first responders and others who enter a career in public service are granted the debt forgiveness as federal law requires.”

In 2016, the American Bar Association (ABA) brought suit against the Department of Education for retroactively removing employers from the program That lawsuit continues.

Payment on the student loans is typically ten percent of an individual’s monthly income. Participants receive notice that the approval letters, issued by FedLoan Servicing, are not binding and can be rescinded. That creates little confidence from the start that the government will honor its commitment to those graduates working for them, as well as nonprofits. Meanwhile, hundreds of thousands of individuals in the program meet their obligations and make their payments.—Marian Conway

Disclosure: Marian Conway has been enrolled in the PSLF program for nearly four years.