Australia’s Small Grants to Rural Nonprofits: A Model for U.S.? 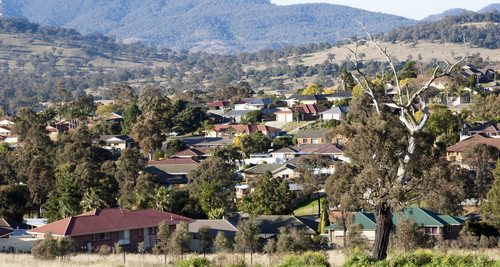 It looks like rural communities face resource problems wherever one looks. In Australia, the Foundation for Rural and Regional Renewal (FRRR) reports that “communities across rural, regional and remote Australia are increasingly looking to the philanthropic sector to help them create and maintain basic community infrastructure needed to enable social connection and inclusion.” Having documented the limited philanthropic support for rural communities in the U.S., we were interested in learning about the FRRR, which describes itself “as a partnership between philanthropy, governments and business to stimulate rural and regional renewal in Australia.”

Established in 2000, the FRRR has distributed $25 million in its first ten years of operation. Among the topical areas it supports are rural education, tourism, care for the elderly in rural communities, and youth programs. Interestingly, although it supports nonprofit organizations with its grants, the FRRR website notes that “due to FRRR’s broad powers, there is no requirement that the organization receiving a grant must be a deductible gift recipient but their project must be charitable and promote rural and regional renewal, regeneration and development.” Unlike U.S. grantmakers, which are constantly focused on building their endowments, the FRRR operates as “a ‘get and give’ organization in so far as public funds raised in any given year are generally distributed within that year,” although elsewhere on the website, FRRR acknowledges that part of a grant from the Commonwealth Government has been retained as “corpus funds” to help pay for the foundation’s operations.

The Pro Bono Australia report describes the latest round of the FRRR’s “Small Grants for Small Rural Communities” program, through which the foundation will be able to fund $472,000 worth of $2.6 million in project applications submitted by 661 organizations. The foundation also reports that more than half of the organizations that applied for this round of rural funding were new to the FRRR, “demonstrat(ing) [that] the program is still reaching new community groups in need of support.” The Small Grants program’s grants range from $145 to $5,000 and average $3,000 in Australian dollars ($5,000 in Australian is about $4,570 in U.S. dollars).

Could the U.S. government work with private grantmakers to capitalize a fund dedicated to grantmaking for rural U.S. groups? Or would the U.S. government suggest, as it has with rural community foundations, that it would be interested in helping them raise money for local endowments, but not in helping to capitalize them? Is the establishment of a rural grantmaking pool to assist small rural groups and small rural communities a possible response to the needs of rural areas in the U.S. that need philanthropic support?—Rick Cohen