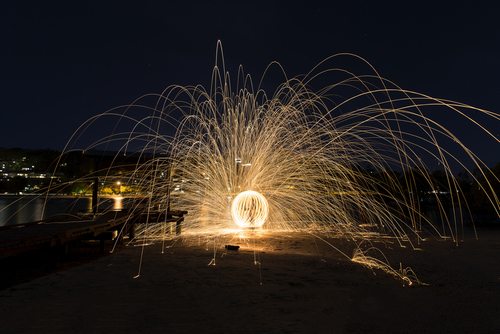 The policies of Australia, one of the world’s worst polluters, have spun and spun again with regard to climate change. The latest about-face happened at the UN Climate Change Conference in Lima, Peru. To everyone’s great surprise, the Australian foreign minister, Julie Bishop, announced a $165 million contribution to a United Nations fund that helps poorer nations combat climate change.

Perversely, Australia’s ambivalence about climate change exists even despite the fact that Australia is considered to be the world’s biggest carbon dioxide polluter. Maybe the constant changing is explained by poet Dorothea Mackellar, who wrote one of Australia’s defining poems, My Country.

I love a sunburnt country,

A land of sweeping plains,

Of droughts and flooding rains.

Core of my heart, my country!

When sick at heart, around us,

We see the cattle die —

But then the grey clouds gather,

And we can bless again

The drumming of an army,

Core of my heart, my country!

Land of the Rainbow Gold,

For flood and fire and famine,

She pays us back threefold –

President Obama may have thought Australia needed some steadying when he attended the Go8 conference in Brisbane last month. This was to the great annoyance of Tony Abbott, who, as conference host, had insisted, domestically at least, that climate change would not be discussed the summit. Nevertheless, Obama quite deliberately placed climate change full square on the agenda—as though it wouldn’t be so soon after signing the joint declaration with China. To be sure, though, he made a speech at an Australian university in which he specifically (and, given his host’s views, possibly undiplomatically) called upon Australia’s young people “to step up” on climate change.

Obama also pointedly drew attention to the possible future of one of Australia’s iconic natural attractions: “The incredible natural glory of the Great Barrier Reef is threatened. Worldwide, this past summer was the hottest on record. No nation is immune, and every nation has a responsibility to do its part.”

However, since Prime Minister Tony Abbott came to power, he has taken such steps as scrapping the so-called “carbon tax.” (Actually, it was not a tax but a carbon-pricing scheme.) Oddly, too, only a week before Lima, Abbott had announced a cut $4 million from the UN Environment Program (UNEP), which provides advice on environmental policies and climate change negotiations. Currently, the Abbott government is attempting to undo the previous government’s renewable energy targets. Earlier, it sacked the Climate Commission, which had been established to provide public information on the effects of and potential solutions to global warming.

It wasn’t always thus in the Land of Oz. Back in 2007, the then–Prime Minister, Kevin Rudd, won great plaudits when he made signing the Kyoto climate protocol among his first acts after being elected—“thus,” he said, “demonstrating my Government’s commitment to tackling climate change.” Rudd’s reneging on this highly symbolic act is generally considered to be a chief reason for his losing the confidence of, and later overthrow from, the leadership by his party colleagues.

However, what might have been seen as a small victory for climate advocates has been somewhat tempered by the revelation that the $165 million will be taken from Australia’s foreign aid budget, which has already been cut by billions of dollars.—John Godfrey