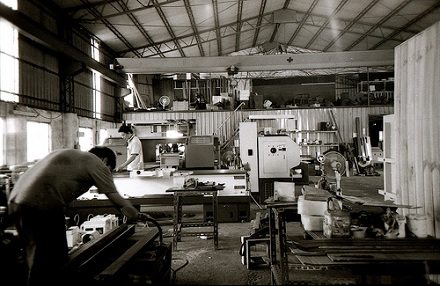 Forbes Magazine, which, as we all know, spends a good deal of its energy tracking rich people, has named a man who cleans factories in Taiwan as one of its 48 heroes of philanthropy. Chao Wen-cheng, 68, has given approximately three quarters of his salary away to charity since the age of 35, largely to orphanages in his hometown, Taichung City. He is the father of five children and he spends his evenings collecting recyclables in order to take care of his family while also doing the charity work he wants to do.

Chao grew up poor and has great empathy for the children he gives to. But his generosity extends beyond the orphanages to World Vision Taiwan and the Tzu Chi Foundation, and earlier this year, he sponsored a firefighting vehicle for his hometown.

Chao’s wife supports his work, saying, “We don’t need a lot of money. My oldest child is 40 and one of them is a teacher…As long as my husband is happy, we can live a simple life and save more money for others.” –Ruth McCambridge