Baby, It’s Cold Outside: Especially if Your Gas and Electric Gets Shut Off 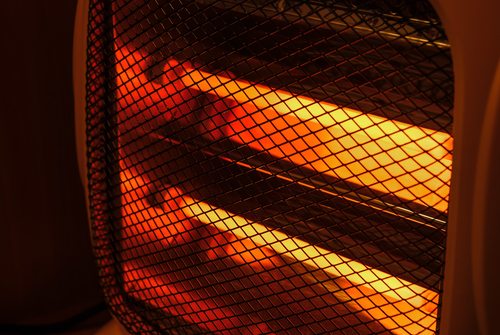 Was it cold where you live this week? If you’re not poor, you’re lucky; poor people during this slow economic recovery often need help with paying their gas and electric utility bills. In Rhode Island, the economic recovery is slow indeed. Nationally, seasonally adjusted unemployment dropped to 7.3 percent in October, but in Rhode Island, it was 9.2 percent, the second worst in the nation, not far above Michigan’s. Too many people in Rhode Island don’t have the wherewithal to stay warm during this tough winter.

As in many states, there are public utilities commission rules in Rhode Island that create protections from service terminations for some categories of low-income households that can’t pay their utility bills, establishing a moratorium for shut-offs during the winter. However, the PUC is now considering cleaning up its various layers of exemptions regarding shutoffs, ostensibly to make the rules clearer and more consistent. According to Thomas Kogut, speaking for the commission, the commission’s strategy is to “take the ‘do-no-harm’ approach.”

Anti-poverty advocates are concerned that harm might ensue nevertheless. Camilo Viveiros, the lead organizer of the George Wiley Center, an anti-poverty agency based in Pawtucket, says that the commission’s proposed changes are “too fast…[and] too drastic.” Joining the Wiley Center in criticizing the commission’s changes include the Rhode Island chapter of the AARP and the Senior Agenda Coalition of Rhode Island.

The commission’s proposed rule changes include shortening the duration of the winter shutoff moratorium, which typically goes in Rhode Island from November 1st to April 15th or even May 1st, but would be shortened to March 31st under the proposals. Age eligibility for the shutoff moratorium would be raised from 62 to 65 or older. Financial eligibility would be reduced from 75 percent of the state’s median income to 60 percent. Unemployment would no longer be a justification for inclusion in the moratorium. Elderly and disabled persons would also have to meet financial hardship standards to qualify.

So far, the only modification the commission has made in the proposed rules in response to the advocates is to drop the idea that people with online accounts would be notified of terminations only by email, instead of regular mail. So far, that’s it on the commission’s movement. One might ask, in a state with a persistent and troubling economic crisis like Rhode Island, whose interests are being served by reducing eligibility for protection from gas and electric shutoffs during winter months?—Rick Cohen