Back from the Brink: San Diego Opera Board Unanimously Rescinds Vote to Close 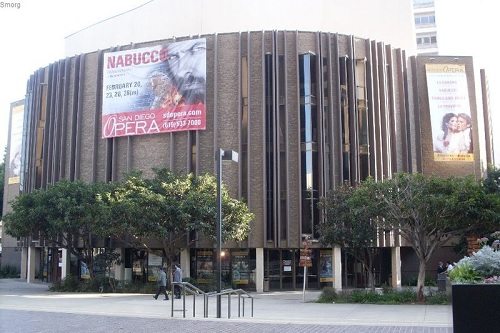 Two months ago, a hastily arranged board meeting resulted in a nearly unanimous vote by those in attendance to close the 49-year-old San Diego Opera at the end of the 2014 season in April. NPQ has been following this story, with attention to governance issues, management decisions and the community response.

Now, after weeks of public disputes and the departure of some long-time board and staff leaders, it appears the company has weathered the storm. Last Friday, the board (minus 13 trustees who resigned amidst all the turmoil) voted unanimously to rescind the vote to close. Yesterday, at a press conference, new board president Carol Lazier, along with fellow board members, staff, choristers, and union members, exuberantly announced this decision and revealed plans for a modified 2015 season.

In less than one month, a total of 2,461 San Diego Opera supporters contributed $2.1 million through a crowdfunding campaign. According to NBC 7 San Diego, donations ranged from $10 to $50,000, with a median gift of $100. Lazier herself contributed $1 million in the early stages of the crisis, which helped buy time to consider alternatives to shuttering the company for good.

Meanwhile, lawyers for the opera company and for ousted general director Ian Campbell and his ex-wife, ousted deputy director Ann Spira Campbell, are still trying to reach a settlement. The Los Angeles Times reports that they “have agreed to try and resolve their differences in an amicable manner.”

From the home page of the company’s website comes this message of gratitude:

“Two months ago, we never thought this moment would happen. The news was dire and the future of San Diego Opera seemed hopeless. And then you stepped up. You spread the word, donated, tweeted and posted to Facebook and, because of an amazing and dedicated community, San Diego Opera is now moving forward. We are humbled and so grateful for your support. And now, thanks to you, we present the 2015 season!”

That season, which will begin next January, will include three operas—La Bohème, Don Giovanni, and Nixon in China. A fourth production, Tannhäuser, has been dropped from the season because it is an incredibly labor- and capital-intensive opera to stage. Two gala concerts to mark the 50th anniversary will also be held, and the singers originally contracted for Tannhäuser will be invited to sing in the gala concerts or will be invited to perform in future seasons. Two additional recitals are being considered.

In addition to the outpouring of financial contributions, many other kinds of support and a number of cost-cutting measures have made it possible for the company to move forward with plans for the 2015 season:

Of course it’s too soon to declare an absolute victory. As Lazier said, “I don’t know what the company will look like in 2016, but we’re going forward. This is not the end, it’s just the beginning.”

Still, the turnaround to date is quite remarkable. Among the salient points worth considering since the news broke in March about the pending demise of the company:

NPQ will continue to follow this story, and to unpack the lessons it offers to other cultural institutions as they struggle to remain both relevant to their communities and responsive to the fiscal realities of our times.—Eileen Cunniffe

Correction: This article has been altered from its original form to provide the correct modified budget for the 2015 season.