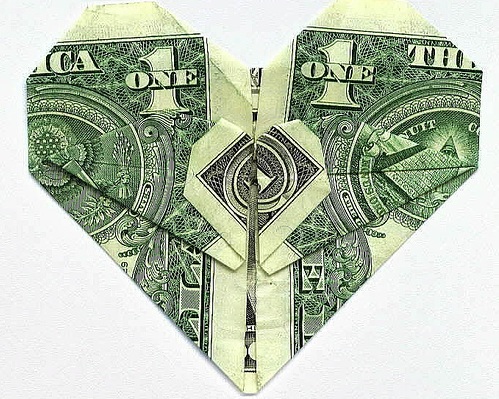 M+R Strategic Services and NTEN have released their annual eNonprofit Benchmarks Study for 2013, which surveyed 55 nonprofit organizations. Based on an analysis of 1.6 billion e-mail messages sent to 45 million subscribers, the report offers some interesting findings, particularly as to how e-mail marketing remains a main driver of support for online giving. The full study is available to download here, but here’s an infographic featuring some of the key findings in the benchmarks study: 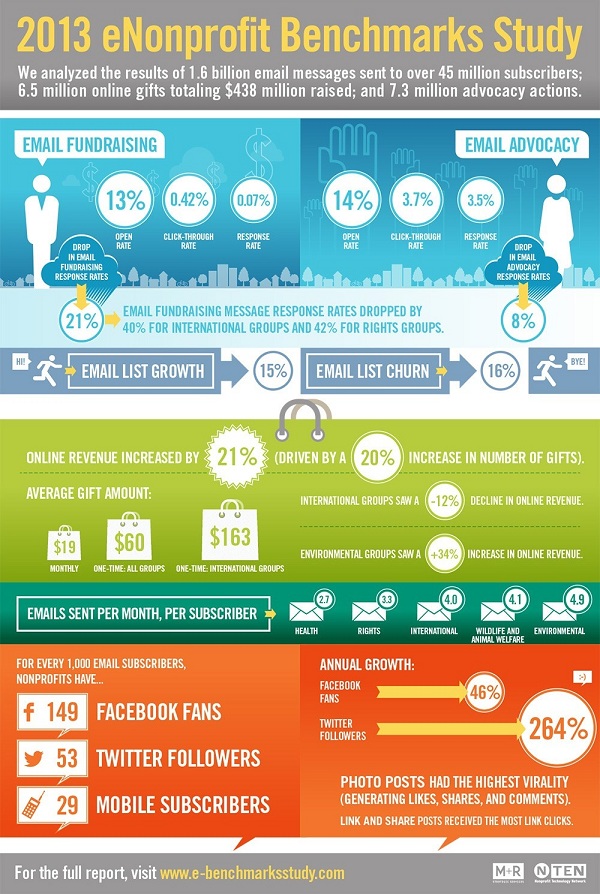 Overall online revenue increased by 21 percent for the surveyed organizations in comparison to the previous year, and the quantity of donations increase by 20 percent as well. E-mail list growth was also up by 15 percent and one-third of online revenue was tracked to e-mail. The bad news is that the nonprofits included in the study saw a big drop in e-mail response rates – down 21 percent for fundraising messages and down eight percent for advocacy messages. This downward trend has been going on for years now, according to this and past eNonprofit Benchmark studies. International groups took a particularly big hit in 2012, experiencing a 12 percent decrease in online giving and a 40 percent drop in fundraising responses.

Back on the growth side of the chart, nonprofits experienced significant gains on Twitter and Facebook, with Twitter outperforming Facebook by a hefty margin; nonprofits in the study saw Twitter growth of 264 percent in 2013 in comparison to only 46 percent growth on Facebook. Although Twitter’s growth rate was much larger, organizations continue to have a greater social media presence on Facebook, which remains the most popular social media platform. Despite the persistent growth of activity on social media, e-mail lists still deliver the largest base of supporters for organizations. The report estimates that nonprofits average 149 Facebook fans and 53 Twitter followers for every 1,000 e-mail subscribers. –Aine Creedon