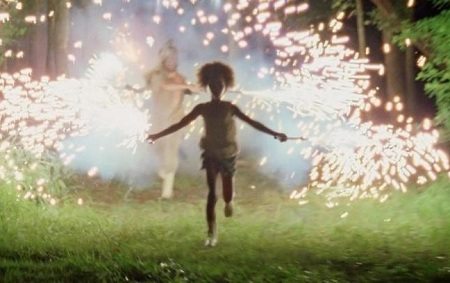 Yesterday, the Academy of Motion Picture Arts and Sciences released this year’s list of Academy Award nominees, and some of the films in Oscar contention were made by nonprofits. Leading the way with a “Best Picture” nomination is the film Beasts of the Southern Wild, which was produced by the nonprofit film production company and foundation Cinereach. The organization describes its work as follows:

“Created and led by young philanthropists, entrepreneurs and filmmakers, Cinereach empowers fiction and nonfiction filmmakers from all over the world through Grants & Awards, The Reach Film Fellowship, an internal Productions department, and through partnerships with the Sundance Institute and other organizations. Since 2006, Cinereach has disbursed close to $5 million in grant funds to more than 100 projects at the intersection of engaging storytelling, visual artistry and vital subject matter.”

In addition to its “Best Picture” nomination, Beasts of the Southern Wild was also nominated in the “Best Director,” “Best Actress” and “Best Adapted Screenplay” categories. Salon’s Andrew O’Hehir tries valiantly to paraphrase this unique film:

“A magic-realist setting in southern Louisiana’s bayou country, a child protagonist, a Katrina-scale storm, a posse of enormous prehistoric beasts set loose by the melting polar icecaps, a floating brothel staffed by long-lost moms and a terrorist bombing involving an alligator carcass stuffed with dynamite. Oh, and a cast composed entirely of nonprofessional actors, most of them African-American. Those are the ingredients — or some of them, anyway — in the swirling, kaleidoscopic [film].”

Producer Michael Gottwald credits Cinereach with “changing the world with movies they’re putting out.” In addition to Beasts of the Southern Wild, nonprofit filmmakers are also behind one of the nominees in this year’s “Documentary Short” category. Inocente, which tells the story of homeless teenage artist Inocente Izucar, comes to us courtesy the nonprofit Shine Global. Shine Global is “dedicated to ending the abuse and exploitation of children worldwide through films that raise awareness, promote action and inspire change.” Producer Yael Melamede tells the New York Times that she hopes the film will draw attention to issues related to homelessness, immigration and arts education. “There are millions of Inocente’s out there…It’s just that people don’t normally take the time to listen to them.”

Similarly, few in Hollywood have paid much attention to these nonprofit film companies, which are Davids among the Goliaths of the major studios. But, particularly with the attention to Beasts of the Southern Wild, perhaps we’re witnessing a change. Perhaps these smaller nonprofits—willing to take risks that the Hollywood market system might never green light, such as a film without professional actors—will begin to attract more attention for their ability to serve as bastions of true art in film. –Mike Keefe-Feldman