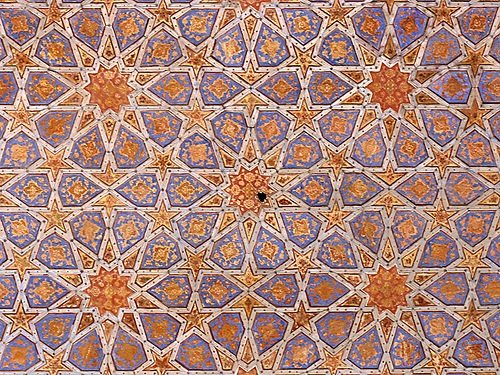 Yesterday, the University of Massachusetts at Amherst reversed a controversial decision it had recently made to exclude Iranian nationals from some of its science and engineering programs. The policy, which was published on February 6th, can be found here. At the time it announced the decision, the university justified it by saying that the school was trying to conform to a 2012 law that disallows Iranian nationals from studying in the United States if they were intending to later work in the nuclear or energy fields.

The reasons why the university took this measure are still unclear, since the enforcement of that law has been with the State Department, where visas are issued, and the Department of Homeland Security, which investigates potential threats. The University of Massachusetts said that it was finding compliance with the law increasingly difficult, and this led it to completely bar all Iranian nationals from enrolling in a broad swath of graduate programs, including physics, chemistry, microbiology, polymer science, chemical engineering, electrical and computer engineering, and mechanical and industrial engineering.

Apparently, even the State Department found the measure overkill, with one official telling NBC News that “U.S. law does not prohibit qualified Iranian nationals coming to the United States for education in science and engineering. Each application is reviewed on a case-by-case basis. We will reach out to UMass Amherst to discuss this specific decision.”

“We always felt like an integral part of the university community. Now we’re just kind of confused,” said Shirin Hakim, an Iranian-American who graduated last year but is acting as a spokesman for Iranian students at UMass. “We want an explanation for all this, and we don’t think it should be tolerated, because it’s clearly discriminatory against Iranian nationals.”

Jamal Abdi, policy director of the National Iranian American Council, said, “The State Department and Department of Homeland Security really does cause headaches for these universities, but instead of allowing them to interview students and figure out which ones don’t get a visa, the university is taking a short cut and policing it on their own. That’s discriminatory.”

Emery Berger, a computer science professor, commented, “I think there is a reasonable risk that these students will look at this unfortunate set of affairs and conclude that UMass Amherst is not a welcoming place for Iranian nationals to go. Which is definitely not the case, except there is now this ridiculous policy.”

Inside Higher Edcarried its own story on the matter, writing that the law is problematic for universities and that UMass is not alone in taking some kind of action:

“At least one other university, Virginia Commonwealth University, includes language on its graduate admissions Web site stating that due to changes in export regulations, ‘VCU regrets to inform you that we are not able to admit Iranian citizens in the graduate fields of mechanical and nuclear engineering or in programs that have nuclear content.’

“The admissions page for Rensselaer Polytechnic Institute states that it is ‘increasingly difficult’ for the institution to accept students from countries under U.S. sanction: ‘If you are a citizen of, or were born in, one of the following fully embargoed and sanctioned countries, please contact the Admissions Office at Rensselaer prior to applying: Cuba, Iran, Iraq, North Korea, Sudan, Syria,’ it says.”

“Last year, the massive open online course provider Coursera blocked access to its courses for users in Iran and Syria before restoring access to all but advanced STEM courses. In Norway, some Iranian graduate students in the sciences had their residency permits revoked last summer due to international sanctions.”

Additional background on these types of measures can be found at Corey Robin’s blog.

The reversal of the 12-day ban at UMass came complete with a statement by Michael Malone, the university’s vice chancellor for research and engagement. “This approach reflects the university’s longstanding commitment to wide access to educational opportunities,” he said. “We have always believed that excluding students from admission conflicts with our institutional values and principles. It is now clear, after further consultation and deliberation, that we can adopt a less restrictive policy.”

In response to the reversal, the student groups were quick to issue a statement of appreciation—for the university, and also for democracy: