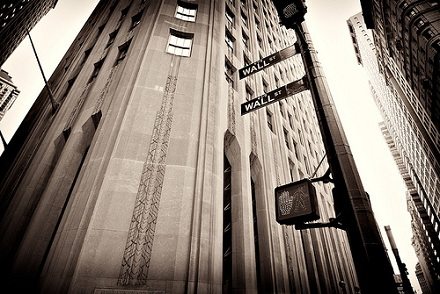 The nonprofit, nonpartisan Better Markets describes itself as “the public’s voice in the fight to reform and strengthen our financial system so it never needs a taxpayer bailout or threatens to plunge our economy into chaos again.” That work includes fighting for the full enforcement of the Dodd-Frank financial regulation law and pointing to recent events, such as JPMorgan Chase’s recent announcement that it lost $2 billion or maybe $3 billion, as more evidence (beyond the bank practices widely considered to have instigated the global economic crisis that came to a head in 2007) that our markets are in need of more strict regulation.

The CEO of Better Markets, Dennis M. Kelleher, is the subject of an interesting New York Times profile that paints Kelleher as “Occupy Wall Street’s suit-wearing cousin.” Kelleher founded Better Markets after stints as a corporate lawyer and as an aide to former North Dakota Sen. Byron Dorgan, who doesn’t downplay the challenge Kelleher faces in going against the multitudes of banking industry lobbyists paid to stop or stymie regulation. “It’s David versus Goliath,” Dorgan told the Times. “But at least David’s there.”

Better Markets is reportedly funded largely by the millions invested by founder Michael Masters, a hedge fund manager who sought, according to the organization’s website, “to professionalize the efforts he had been making since early 2008 to promote the public interest in the financial markets.”

There seems to be no question that Kelleher and Better Markets are outmatched when it comes to lobbying firepower on Capitol Hill, but this nonprofit is clearly trying to make the argument that they are the bearers of the public interest when it comes to financial regulation, and the Times indicates that Kelleher has had some success at gaining the ear of regulators, including Commodity Futures Trading Commission Chairman Gary S. Gensler.

“It’s good to get some balance into the mix,” Gensler said. “My mom and your mom don’t usually have somebody who’s going to spend the time reading the detailed rules, and do no necessarily have the same resources or desire to be into the minute details that the large financial interests on the other side of this debate do.”

“We exist,” Kelleher said, “to fight back against the forces trying to make us forget just how bad it was.” –Mike Keefe-Feldman