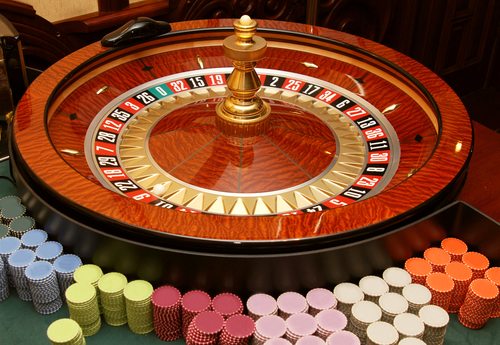 We’re not saying that the Parx Casino is saying this, but you can almost hear it in the subtext of this article from the Philadelphia Inquirer: “Reduce our local property tax bill, because (in part) we do a lot of charitable giving in the community.”

Corporate philanthropy has long been one of the kickers offered by casinos to get state and municipal government approval to set up their gambling halls, sometimes even built into the licensing procedures of the states. In Bensalem Township in Bucks County, Pennsylvania, the Parx Casino owns property with a market value of $426.1 million, with an assessed value of $54.1 million and an annual tax bill of $10.1 million. Parx doesn’t like the assessed value on a 411-acre parcel it owns and has gone to court asking for a significant reduction that would cost the township $1.9 million in tax revenues.

The article adds, we would guess as a result of information provided by the casino, that Parx, owned by Greenwood Gaming & Entertainment, along with Greenwood Gaming Services Co. has generated $36.6 million in charitable giving since its establishment in the Township, including $9.93 million last year. The article said that Parx “refused to identify all of the beneficiaries.” That is all but a cue to tell readers (and the press) to factor in the company’s charitable giving as it pursues a reduction in its tax bill.

Because there are any number of social ills associated with people spending their paychecks or Social Security checks depositing their money in slot machines and video lottery terminals, casinos often cast a careful public relations eye toward ensuring that charities get something from their operations. For example, Ohio’s newest casino, the Hard Rock Rocksino Northfield Park, is planning a “controlled demonstration” of its operations for the Ohio Lottery Commission a few days before it officially opens, with all of the proceeds going to charity, particularly the Akron-Canton Regional Foodbank. There’s often lots of surprising takers for casino charitable giving; for example, the historically strait-laced, Christian mission-oriented Salvation Army, whose Christmas kettle outside a Stop & Shop supermarket in Norwich, Connecticut is being sponsored by the Mohegan Sun casino.

In some states, charitable giving is built into the law, though municipalities can use the law as a starting point for negotiating a better deal. In Iowa, for example, the state requires casinos to distribute at least three percent of their revenues with charitable groups; the statewide casino average is 4.1 percent, but in Greene County, Grow Greene County Gaming Corp. and Wild Rose Entertainment pledged in their formal operating agreement for their planned casino in Jefferson to distribute five percent to charities. In the competition for the sole casino license to be awarded in eastern Massachusetts, one contender, Las Vegas’s Steve Wynn of Wynn Resorts, showed his charitable mettle in the town of Everett by sponsoring a holiday toy event at the local Target store. That’s Steve Wynn, one of the 500 richest people in the U.S., a billionaire many times over, pitching toys for kids in order to get in the good graces of the voters of Everett, Massachusetts.

Don’t you wish that charitable giving weren’t a betting chip from a casino’s blackjack table?—Rick Cohen