Between Gladwell’s Scorn and Municipal Frustration, What’s a Super Endowed University to Do? 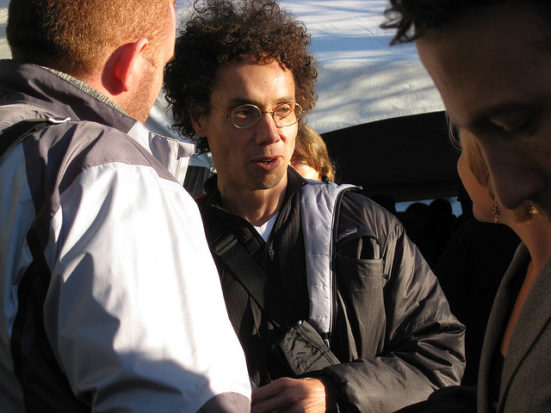 As you read this, two U.S. congressional committees prepare to review the uses of the endowments of the 56 largest private colleges and universities. In the run-up to it, the critical press has not let up on those mega-nonprofits with deep, deep pockets. NPQ’s nonprofit news coverage addressed stories only recently about George Washington University and Georgetown and about the unwillingness of the universities to accede to reasonable requests from the City of Boston for PILOT payments.

We already know that Malcolm Gladwell, bestselling author of books like The Tipping Point, Blink, and David and Goliath, believes that giving gifts to an already well-heeled university like Princeton or Stanford is a “moral injustice.” It’s become something of a campaign for him. It started last summer when he responded to John Paulson’s $400 million dollar gift to Harvard with tweets such as “If billionaires don’t step up, Harvard will soon be down to its last $30 billion.”

It came down to helping the poor or giving the world’s richest university $400 mil it doesn’t need. Wise choice John! http://t.co/2bFmuTy397

Readers may remember that at the time, Rick Cohen suggested a number of alternative uses for that gift, and Vox columnist Dylan Matthews wrote, “There is a special plaque in philanthropist hell for John Paulson.”

Now, Gladwell has produced a podcast in his Revisionist History series reemphasizing his point that large gifts to wealthy schools only increase the gap between elite institutions and colleges who might actually find a good immediate use for it by educating people. He challenges the reasoning behind such gifts: “You know, John Paulson thought deeply and brilliantly about the mortgage meltdown of 2007/2008,” Gladwell said to Business Insider in a recent interview. “If he devoted even a fraction of the time, energy, and thought to this philanthropy as he did to that, the world would be such a better place.”

Paulson, of course, made a fortune betting on the collapse of the real estate market.

Last summer, when Gladwell first raised this issue via Twitter, Business Insider rustled up a bunch of power-player investors, including T. Boone Pickens, Bill Ackman, and Marc Andreessen, to tell him why he was wrong. Many of these responses contained the thought, “Well, it’s his money, after all!”

That was hilarious…round up all these incredibly, really smart and sophisticated investors who have made billions of dollars and get them talking about a relatively complex social issue, and they sound like idiots!

They give money to Harvard or Stanford because all their friends pat them on the back, they get their name on a prestigious building, and they get associated with all of the incredible brand value of those institutions, but they haven’t thought, clearly, about the social justice implications of what they’re doing. And they get uncomfortable when someone says, “Well, wait a minute, you have not thought as seriously about your philanthropy as you have about your investment decisions, and maybe you ought to take it as seriously.”

Meanwhile, the concept of big schools as good local citizens is taking a beating after another analysis of the unwillingness of “big eds” to help out their localities with some small portion of what they would pay if they were taxed for their property. Bloomberg reports that of 28 private universities with endowments valued at more than $2 billion, only 11 reported giving unrestricted money to their municipalities last year—and this includes Dartmouth College, which is required by state law to pay property tax on all its buildings, including dormitories and dining halls. Some of the others make contributions for specific programs, but this is not our definition of the tax-like revenue that municipalities need.—Ruth McCambridge