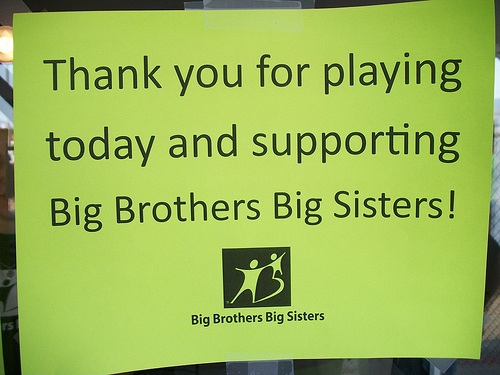 The Washington Times reported on Wednesday that a Department of Justice audit found that the oversight of Big Brothers Big Sisters of America’s millions of dollars in grants from the DOJ was “inadequate.”

In question are three grants from the office of Juvenile Justice and Delinquency Prevention, which total $23.2 million. The audit, performed by the Justice Department’s Office of Inspector General, showed that the nonprofit was in material non-compliance with the majority of the grants’ requirements. The central organization of Big Brothers Big Sisters disseminated money to affiliates from the grant funds, but Inspector General Michael Horowitz said, “We also determined that BBBSA did not adequately oversee the funds provided to local affiliate agencies by failing to require the local chapters to provide documentary support for the grant funds received and expended…And we found that BBBSA charged unallowable expenditures to the grants, failed to adequately monitor consultants, and did not properly report program income generated through the programs.”

NPQ was curious about how this might have happened in an organization that must be familiar with managing federal grants, but then we saw this in the audit report: “Recently, BBBSA has gone through some changes to its management team. In June 2012, a new Chief Executive Officer was appointed by the BBBSA Board of Directors (Board). Shortly after the appointment, the BBBSA headquarters staffing level was reduced by 25 percent from 111 to 83. A new executive leadership team, including a Chief Operating Officer and Senior Director of Finance, were also appointed at the end of 2012.” That is a lot of administrative change in a short time frame.

Big Brothers Big Sisters of America claimed in a statement that any missteps were procedural. “While our work in serving at-risk children was never compromised, we are disappointed that we fell short in meeting the procedural guidelines set by DOJ,” the statement said. “The success of the programs in no way absolves us of our own responsibility to be fully compliant. To that end, new financial personnel are in place, grant management systems and internal controls are being enhanced, and network-wide training is underway.”—Ruth McCambridge