Big Capital Campaigns – Do They Crowd Out Other Fundraising? 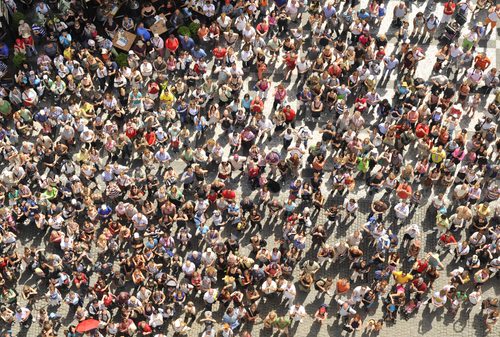 Yesterday, NPQ published a review of the latest Giving USA report. In our review, we pointed to the large number of “mega-grants,” or grants that exceeded $80 million, in the 2013 mix. Most of these, of course, go to institutions of higher education, health systems, or family foundations.

We also published, in April of last year, a newswire on a report about million-dollar gifts that showed that most such gifts are local. A few months ago, NPQ published a newswire about the effect that huge local capital campaigns have on the local fundraising ecosystem. That particular story had to do with a $500 million challenge from Nike’s Phil Knight to Oregon Health and Science University—a challenge which was, according to the source article, the largest of its kind in U.S. history.

Now, the Cleveland Clinic has announced that they are starting a $2 billion fundraising campaign in celebration of the health system’s 100th anniversary in 2021. The campaign, coming fairly close on the heels of its last, which ended in 2010 having exceeded its goal of $1.25 billion, has already raised more than $600 million. At the same time, University Hospitals, also based in Cleveland, is winding up its own $1.5 billion fundraising campaign, which has already raised $1.127 billion.

It would be interesting to know if such campaigns do crowd out other fundraising attempts. Are there competitors for these donations when the figures are large and there are limited numbers of big donors in the area?—Ruth McCambridge