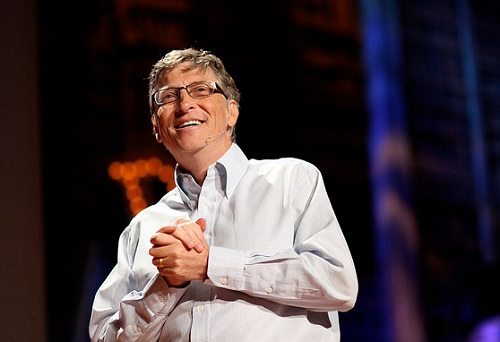 Philanthropy Australia’s New Generation of Giving (New Gen) program will be meeting with founder of Microsoft and legendary philanthropist Bill Gates this week. Philanthropy Australia represents more than 600 of the country’s wealthiest trusts, foundations and donors. Their new program aims to cultivate a community of philanthropists under the age of 40. The New Gen program currently engages 140 donors across the globe, and their goal is to expand to 200 members by the end of 2013, and to 500 by 2015.

Twenty of the New Gen members will be convening in San Francisco to speak with Bill Gates. Some of these wealthy children hope to build on their parents’ giving strategies and to create a new vision for their family’s philanthropy. Some of the youth attending will be Amanda Feenstra, daughter of Harold Mitchell; Alison Green, chief executive and co-founder of Pantera Press; and Gemma and Anthony Salteri, the children of Paul Salteri, founder of Tenix and the CAGES Foundation.

Philanthropy Australia chief executive Louise Walsh spoke about the Salteri family. “Gemma and Anthony Salteri are very interested in influencing their parents to move away from simple bequests and other forms of traditional grant-making.” Many of the Next Gen members are looking to Bill Gates for guidance on how to improve and transform their family’s philanthropy. “A lot of them have a strong appetite for impact investing, in things like social impact bonds and other instruments,” Walsh told the Australian.

NPQ newswire writer and native Australian John Godfrey observed that the Australian press routinely excoriates the country’s wealthy for their lack of philanthropy, but there are signs that this is beginning to change.—Aine Creedon