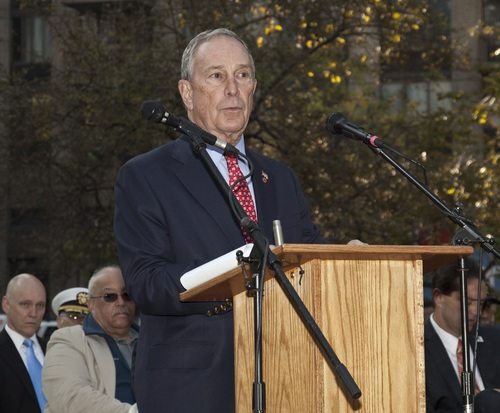 On Sunday, New York City Mayor Michael Bloomberg made a $350 million gift to his alma mater, Johns Hopkins University. This is a far cry from the $5 he gave the school the year he graduated and it brings the total he has given to the school to $1.1 billion (that’s right, with a “b”). It also makes him the largest living donor to an educational institution. The mayor reportedly has another $25 billion or thereabouts to donate. He is 70 and has pledged to give his whole fortune away before he dies.

Bloomberg, who grew up in Medford, Mass. (affectionately known in NPQ’s parts as “Mehfa” or “Medfid”), was apparently a mediocre student on whom Johns Hopkins took a chance. In an interview with the New York Times, he describes his time at Johns Hopkins as follows: “I just thought I’d died and gone to heaven…If I had been the son of academics…maybe I would have been on campuses and would never have been as impressed as I was when I was here, because it’s the first time I really was walking among people who were world leaders, who were creating, inventing.”

The relationship has endured and the university has had a profound effect on the mayor’s strategies on public health issues like obesity, smoking and gun violence. His stands on these issues, of course, have been iconic symbols in his administration. Conversely, Bloomberg is said to have had a profound effect on many aspects of the university. This donation, for instance, will reflect his belief in cross disciplinary collaboration in that $250 million of the $350 million will be devoted to hiring 50 new faculty members who will hold appointments to more than one department. –Ruth McCambridge