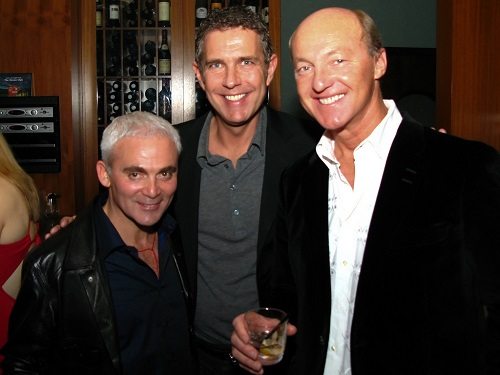 “I don’t want to be another rich, dead dude.”

So said Frank Giustra, the billionaire Canadian philanthropist who recently received the Dalai Lama Humanitarian Award from the Dalai Lama himself. For the Hollywood Reporter, Giustra is the Lions Gate Entertainment Corporation, which he founded 15 years ago or so. Moviegoers and TV watchers know Giustra, or rather Lionsgate, for The Hunger Games: Mockingjay, The Hurt Locker, Juno, Monster’s Ball, Orange is the New Black, and Nurse Jackie. Undoubtedly, based on the award and the Hollywood Reporter headline, the group of online journals that have arisen lately to lionize big givers will give Giustra a heroic philanthropic bio.

In the world of philanthropy, Giustra is a Canadian mining magnate known for his philanthropic partnership with Bill Clinton. In 2007, after a meeting with Clinton at the Clinton Foundation’s offices in Harlem, Giustra and Mexican billionaire Carlos Slim each committed $100 million to the Foundation. Not quite so well known is a part of the story we have referenced several times in the NPQ Newswire, that prior to the Giustra donation, Clinton accompanied Giustra to Kazakhstan to broker an introduction for him to the country’s execrable near-dictator, Nursultan Nazarbayev. During the trip, Clinton endorsed the spectacularly undemocratic Nazarbayev to head an international body to monitor elections and support democracy, boosting Nazarbayev’s scant democratic credentials, and subsequently Giustra landed a “monster deal” that gives his company exclusive rights to buy into the country’s burgeoning uranium mining industry. President Clinton’s representatives said he did nothing in the meetings with Nazarbayev other than observe, but the sequence of actions is striking. Even then, Giustra followed up the Kazakhstan deal with a $31 million to the foundation.

It beggars belief to think that Clinton was oblivious to Giustra’s business concerns for traveling to Kazakhstan, that Nazarbayev would be unimpressed that Giustra was accompanied by Clinton, or that the head of KazAtomProm, the country’s uranium agency, wasn’t impressed by Giustra’s access to both Clinton and Nazarbayev. A Forbes columnist wrote a spirited defense of the “coincidence” of both Giustra and Clinton showing up in Almaty at the same time, essentially coming to the conclusion that no wrongdoing was involved. Assuming, as we do, that it wasn’t quite serendipity that brought Giustra and Clinton to Kazakhstan at the same time, the idea that Giustra’s philanthropy might have had somewhat more than philanthropic interests at play is neither unusual nor hard to believe. Nonetheless, President Clinton complimented Giustra on the “rhinoceros skin” he must have possessed to withstand the implications that the Canadian mining impresario received special help on the Kazakhstan deal. “I love this guy,” Clinton said of Giustra, and “You should too.”

Giustra has done a lot of philanthropy separate from Clinton. His Radcliffe Foundation has been notable domestically for its work on homelessness in Vancouver, particularly its support of the Streetohome program, and internationally for its steadfast support of the International Crisis Group, a highly respected organization that does research and advocacy to reduce conflict throughout the world. He sits on the boards of the Streetohome Foundation, Boston’s Museum of Fine Arts, the International Crisis Group, and the Clinton Foundation.

However, because the foundation violated Canadian rules on foundation limits of ownership of private companies and limits on the ownership shares owned by “relevant persons,” such as board members, Radcliffe became the second foundation ever to be hit with a penalty from the Canadian government for “excessive corporate holdings.” Radcliffe owned 48.8 percent stakes in Giustra’s Sky Ridge Resources (the legal limit for foundations was two percent) and Giustra himself owned 28.8 percent (above the 20 percent limit). A progressive newspaper in Vancouver, the Mainlander, took apart the three-year loan to Radcliffe from Giustra that formed the basis of Radcliffe’s role in the Streetohome “Rent Bank,” suggesting that the program was basically Giustra’s tax-sheltered use of mining company profits and calling the foundation “one of Giustra’s mining shells.”

There is a lot more to Frank Giustra than Lionsgate, Kazakhstan, Bill Clinton, or the Radcliffe Foundation. When he goes, he won’t be “another rich, dead dude,” but the implication that he is a philanthropist without baggage is simply not true. His work in mining (not just uranium, but gold and tar sands) along with his other business ventures suggest a much more complicated picture, one that doesn’t totally warrant the philanthropic hagiography Frank Giustra is bound to receive.—Rick Cohen