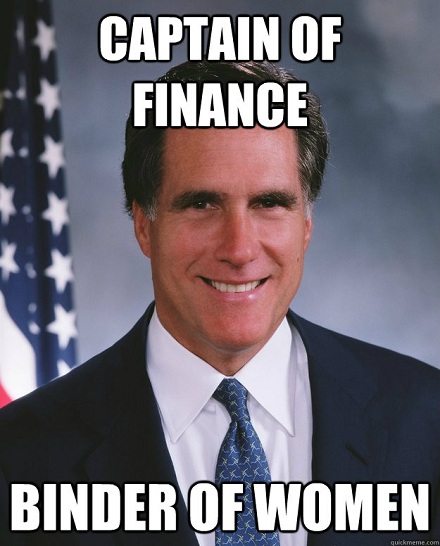 Regarding the use of social media for in-the-moment organizing…

The second of the three debates between former Massachusetts Gov. Mitt Romney and President Barack Obama was a garden of sometimes-frightening anthropological delights for feminists. In answer to a question regarding gender discrimination in the workplace, Romney told a story about how he was faced with only male recommendations for his cabinet as governor and how he then bid his staff to search the kingdom (my word) to find him some qualified people of the gentler sex. In a phrase that exploded in the Twittersphere last night, Romney said women’s groups his staff reached out to came back to him with “binders full of women.” Binders…full…of…women.

Mr. Romney, all we can say is that your slip is showing. This was one of those awkward moments when you realize just how deep mental models run. Are we supposed to notice it or be polite? Lots of lady tweeters and talented satirists decided it was a gift that should keep on giving, and overnight we have been gifted with some of the funniest crowdsourced political cartoons we’ve seen in ages. See our small collection here: 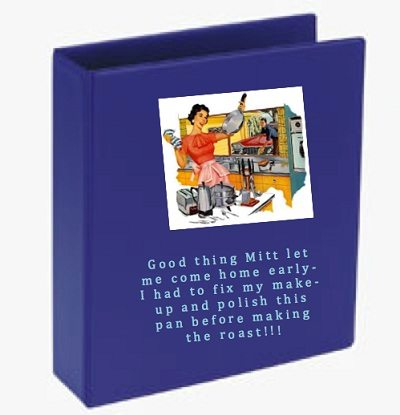 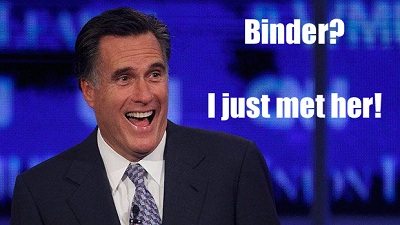 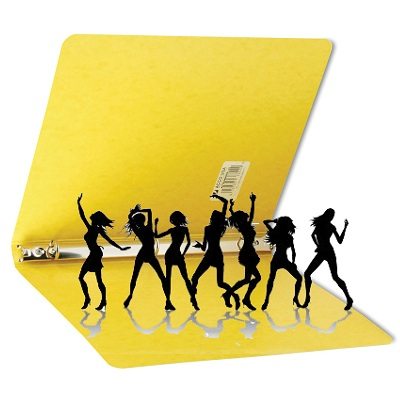 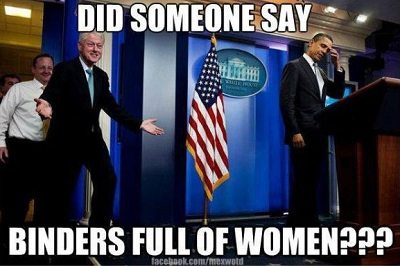 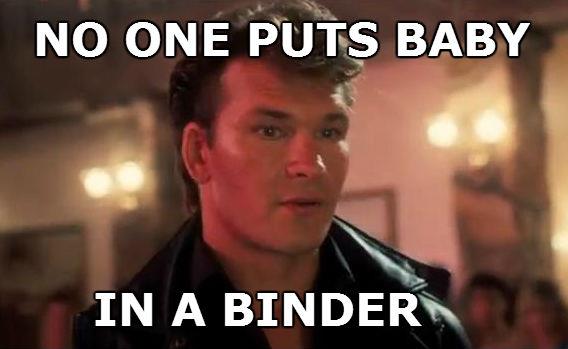 But this is the kind of funny that is also deeply concerning. Why, at Romney’s seasoned stage of life, didn’t he already know a bunch of qualified women? Why were there no women partners at Bain Capital during Romney’s tenure in leadership there? We know a good man is hard to find, but we never realized that good women were in such short supply. It was worrisome and women took it up.

Meanwhile, President Obama fared somewhat better in that he called Romney out for his attacks of Planned Parenthood (Romney previously stated, “Planned Parenthood: we’re going to get rid of that”) although of course, like Sesame Street, it is an independent nonprofit. It’s pretty clear that Romney meant that he was going to get rid of PP’s federal funding and that he possibly just overstated his intentions, but nonprofits, watch your backs! Meanwhile, Obama pretty clearly described the breadth of Planned Parenthood’s mission and its role in providing health care to women of limited means. He further recast the importance of that organization not just to women but to their families as well.

Debate moderator Candy Crowley of CNN did a valiant job of implementing rules that everyone agreed on before the debate but these were violated within minutes. She remained forceful and dedicated to her job. She was quick on her feet and did some on-the-spot fact-checking, all of which she will now be roundly criticized for. Very unseemly. –Ruth McCambridge