Birth Notice: A New Investigative Nonprofit Newsroom is on the Beat 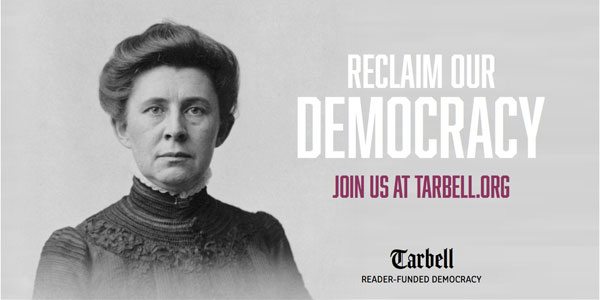 A website about to launch seeks to enact a bold plan of investigative journalism, looking not only at corruption present in government and politics, but who’s behind it and why.

In an interview with MediaShift, the founder of this new website, Wendell Potter, talks about his vision for tarbell.org:

We believe there is not enough investigative reporting being done, and what there is focuses a lot on lawmakers and political corruption. There’s not enough emphasis on who pays for that corruption and who’s behind it—who’s spending the money to influence public opinion and policy and elections and help people understand why things are what they are.

Potter also says that just pointing out who is at the root of these things is not enough. The site will also focus on what’s being called “solutions journalism,” helping readers understand how they can get involved and do something to fix the problems.

Potter had been a journalist early in his career and then went on to work for the healthcare industry. Later, after he stopped working for a health insurance company, he became a whistleblower, sharing with legislators in Washington what the health insurance industry’s motives and practices are and why their seeming cooperation with healthcare reform is actually a sham.

To get his website started, Potter has launched a crowdfunding campaign. The goal is to raise money from readers and to be sustainable with reader support. Potter thinks it might be a little disingenuous to accept advertising from the very system that he is trying to expose. He does not want the site and its work to be beholden to anyone else. At time of writing, the campaign is about 35 percent complete, with about 30 days left to go.

The name of the website hearkens to Ida Tarbell, the muckraking journalist. Like Potter, Tarbell was not afraid of taking on big industry and is known for her exposé on how Rockefeller built Standard Oil into a monopoly, a story she covered in 19 installments at McClure’s magazine.

NPQ welcomes tarbell.org to the scene, and we wish them very well on their  challenging road ahead.—Rob Meiksins