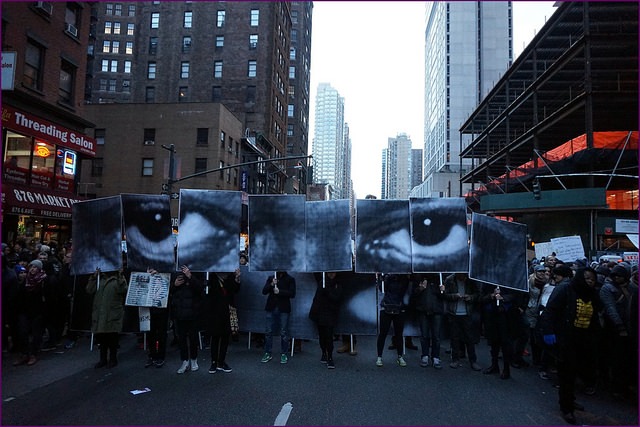 Something tells us that the pressures on nonprofits to edge close to partisan politics will be especially intense this year. Nearly every prominent and not-so-prominent Republican is running for president, leading one to think the GOP presidential debates ought to be structured as bunk daises. The Democratic field is not small either, with an ascending Bernie Sanders, an email-troubled Hillary Clinton, Martin O’Malley waiting in the wings, Lincoln Chafee and Jim Webb doing who knows what, Vice President Joe Biden still (at this writing) pondering a run, and Lawrence Lessig challenging the entire political game.

The presidential campaign started early this cycle, and it looks like all funding records for the most money wasted on political tomfoolery will be broken. Even now, a few candidates sound a little tendentious and desperate. Political elbows will be aiming at nonprofits—if not directly from candidates, then from their PACs or from the national party apparatus directly. The challenge will be for nonprofits to stand up for their principles amidst political pressures. That isn’t simply a question of a nonprofit’s 501(c) status, but something more, concerning the values they claim to stand for.

In recent months, the Black Lives Matter movement has provoked candidates of both parties to react. On the Republican side, it has been largely a flat-out rejection of the core of the movement, despite acknowledgement among some of the cast that there is an inchoate issue of race to be addressed. For Democrats, there has been for some decades an insouciant assumption that African-Americans will simply support and vote Democratic regardless of the vacuity and pandering of the candidates’ utterings. The Black Lives Matter movement appears to be taking aim at the notion that African-American voters will willingly accept “crumbs” from Democratic operatives.

The Root’s Kirsten West Savali describes the interaction between the Democratic National Committee, hoping to coopt the Black Lives Matter movement into mainstream Democratic politics, and the Black Lives Matter activists who seem just as motivated to keep their identity separate from the party of Thomas Jefferson and Andrew Jackson. Apparently, the DNC issued a statement which, after a “whereas” acknowledging the need to address the “vestiges of slavery, Jim Crow and white supremacy” plus the demilitarization of police, racial profiling, and the out-of-control justice system, tried to unite Democrats with the surprisingly and quickly nationally prominent Black Lives Matter movement:

Therefore be it resolved that the DNC joins with Americans across the country in affirming “Black lives matter” and the “Say her name” efforts to make visible the pain of our fellow and sister Americans as they condemn extrajudicial killings of unarmed African-American men, women, and children…

The DNC statement read much like the statements of sudden self-awareness by white, male progressives who have been prostrating themselves on left-wing blogs and listservs to demonstrate their willingness to acknowledge white supremacy. The response from Black Lives Matter from the BLM Facebook page appears to have given the DNC’s statement little truck:

A resolution signaling the Democratic National Committee’s endorsement that Black lives matter, in no way implies an endorsement of the DNC by the Black Lives Matter Network, nor was it done in consultation with us. We do not now, nor have we ever, endorsed or affiliated with the Democratic Party, or with any party. The Democratic Party, like the Republican and all political parties, have historically attempted to control or contain Black people’s efforts to liberate ourselves. True change requires real struggle, and that struggle will be in the streets and led by the people, not by a political party.

More specifically, the Black Lives Matter Network is clear that a resolution from the Democratic National Committee won’t bring the changes we seek. Resolutions without concrete change are just business as usual. Promises are not policies. We demand freedom for Black bodies, justice for Black lives, safety for Black communities, and rights for Black people. We demand action, not words, from those who purport to stand with us.

While the Black Lives Matter Network applauds political change towards making the world safer for Black life, our only endorsement goes to the protest movement we’ve built together with Black people nationwide—not the self-interested candidates, parties, or political machine seeking our vote.

Savali spots “election-cycle pandering” in the DNC resolution. Equally important, however, is the BLM statement that suggests awareness of the critique of the Occupy movement. One of the means of disparaging the Occupy movement in the view of many Americans was the suggestion that it was really a component if not paid element of the Democrats. In contemporary politics, which is governed by polls, focus groups, and highly paid PR firms, linking a political movement to one or the other political parties is a highway to inauthenticity—as the Tea Party movement has learned to its distress, as it has been led into a bear hug with the GOP.

The lessons for nonprofits more broadly are more than evident. During the last couple of election cycles, a few nonprofit leaders imagined that nonprofit sector dalliances with various candidates here or there could boost the standing and power of nonprofits in general. The power of nonprofits is, in some ways, exactly the opposite and much more in line with the Black Lives Matter statement. Standing apart from the two political parties, both financed by largely the same corporate interests, hoisting them both by their petards, providing critical scrutiny of their electoral pandering and proffered crumbs, appears to protect nonprofits from being compromised and captured to their own detriment.

Reactions from NPQ Newswire readers regarding what they plan to do as nonprofits engaged in this electoral cycle would be appreciated.—Rick Cohen