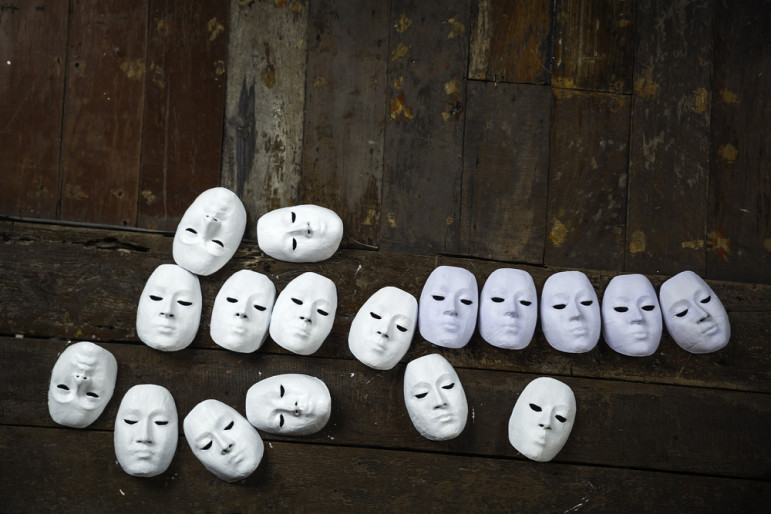 This inaugural piece is part of the ongoing Equity, Diversity, and Inclusion (EDI) Project created to spotlight millennials’ voices and thoughts on diversity and justice. We urge you to read how this project came together in a collaboration between NPQ and the Young Nonprofit Professionals Network and the ideology behind this series. We intend to publish another 23 pieces in the upcoming months. Readers will be able to subscribe to an RSS feed to follow articles as they are published approximately every two weeks. NPQ and YNPN will also be using the hashtag #EDISeries, so post about the series along with us.

To stay informed of the project, we also encourage readers to sign up for our daily newsletter on the right side of this page. If you have any questions or would like more information about the EDI Project, please e-mail [email protected].

As a black male growing up in the South, my very presence was a form of trespass; that is, I was never sure where I belonged and where I did not. At home, I was alone. At school, I was different. On the street, I was unsafe. Professional theater, I discovered, was no exception: looking at the administration, production teams, and show selections of theaters within visiting distance, I found no reflections of the black community. What I did find were three very troubling practices: slotting, tokenism, and dehumanization.

At the time, I was attending the University of Arkansas at Little Rock. The mentors and professors there did what they could to prepare me for the professional world, but what they could not prepare me for were the challenges ahead as an aspiring stage manager trying to break into the whitewashed field that is professional theater. I managed to land a job in the Arkansas Repertory Theatre box office; but despite the position, it wasn’t until I witnessed the Rep’s extensive effort to reach out to a black audience with their production of Lorraine Hansberry’s A Raisin in the Sun that I found a temporary sense of belonging. They did it all—a speaker series symposium, talkbacks, outreach to a number of local colleges and universities, including a historically black college and university (HBCU)—but why was the black patronage only temporary? Why was it still a challenge to get black bodies in seats until the next season’s production of The Wiz? Why was the effort visible but not sustainable? Because it continued to perpetuate a practice that is dangerously popular throughout the nonprofit theater sector: The single show in those two seasons that featured work by black bodies took place both around and in February.

Black History Month has become the slot of choice in the nonprofit theater world for “the black show.” I call this a dangerous practice because it suggests a finite time period during which black stories, voices, and bodies may exist onstage and in the audience. Do theaters do this on purpose? Perhaps not. It is more likely that this is one of the many “unthought” acts that continue to marginalize the black community.1 While this is a major issue, it is, however, merely one cog in the machine of tokenism that manufactures the disproportional reflection of blackness in theater. If we dig only a fraction of an inch deeper, we begin to uncover several issues in the execution of black productions as well as the casting of black bodies.

Tokenism is a term commonly used in the workplace. It describes a minimal effort to hire a single employee of an underrepresented minority to create a perception of inclusion. However, we also see it in our everyday lives among our circles of friends. You’ve all heard of it: the token black friend. This practice is not lost in the theater world. In fact, it is out in the open, onstage, for everyone to see. Have you ever gone to see a show by your local repertory theater and taken note of that one black actor onstage? That single performer is often the nonprofit theater’s idea of inclusion—and not just by show but also by season. More troubling is that the lone black cast member is usually male. Black women are often cast only when the script calls for them or to fill promiscuous and degenerate roles. Such casting supports the stereotype that black women are sexmongering, obedient objects, all while fulfilling the negrophilic appetite for black fetishism in concert with oversexualization—for example, auditioning a black actor who has the talent to play Rosalind, the witty, courageous leading lady of the court from Shakespeare’s As You Like It, whom the audience is made to feel deserves love, and casting her instead as Phebe, the entitled, arrogant, shepherdess who is criticized for having too many lovers. Rosalind stays white.

The excuses for these casting disparities tend to be along the lines of, “Well, no African Americans audition.” This rationalization is a diversion created by switching up cause and effect. It is every actor’s job to audition. To believe that bla