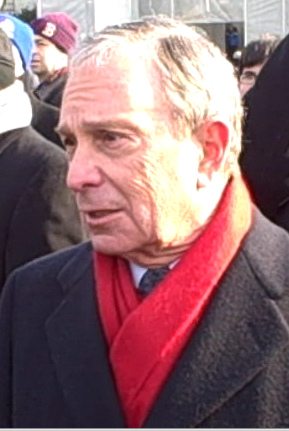 New York City Mayor Michael Bloomberg may be the richest mayor-cum-philanthropist ever, ranking 20th on the Forbes list of the world’s richest billionaires. Other big city mayors have also been philanthropists, such as the former mayor of Los Angeles, Richard Riordan, but Bloomberg is cutting a special path in philanthropy. Bloomberg Philanthropies may evolve into the nation’s premier foundation not just for cities, but for city governments.

Mayor Mike’s newest initiative is the Mayor’s Challenge, a competition among 1,300 cities with populations of at least 30,000 to find “the five boldest ideas with the greatest potential for impact.” The top prize will be a gift of $5 million, while the other four will get $1 million apiece.  The five winners will be chosen from 20 finalists that get to attend a Bloomberg-provided “ideas camp” at which they can work on refining their bold ideas. The four selection criteria are:

Vision: the novelty and creativity of the idea and approach

Ability to implement: the path for implementing the idea for impact

Impact: the expected positive public benefits of the idea

Replicability: the reasons why other cities should replicate the idea

As suggested by Bloomberg’s foundation, winning ideas will likely “address serious social or economic problems,” “improve customer service for residents or businesses,” “enhance accountability to or engagement with the public,” and “create efficiencies that make government work better, faster, and cheaper.”

Bloomberg distinguishes this competition from the Ford Foundation’s Metropolitan Opportunity program (and presumably others, such as the Harvard Kennedy School’s Innovations in American Government awards and the National Civic League’s All-America City awards) by giving prizes to ideas for future programs, not for past accomplishments.

While it might appear to some that Mayor Bloomberg is, as one observer said, “collecting chits” with some future intended political cache in mind, it might be hard for critics to pin the Bloomberg awards to some sort of partisan ideology. The Bloomberg Family Foundation has a politically heterogeneous board, including the former Republican governor of Florida, Jeb Bush, the former Republican Secretary of Labor (and now a distinguished fellow at the Heritage Foundation) Elaine Chao, former Democratic senator from Georgia Sam Nunn, Newark, N.J.’s reform-minded Mayor Cory Booker, and corporate behemoths like Kenneth Chenault of American Express and Henry Paulson, the former chairman and CEO of Goldman Sachs who also served as Bush’s secretary of the Treasury.

It seems to us that there is a different sort of innovation going on. Bloomberg has fashioned a foundation that is distinctively positioned to be the philanthropic resource for mayors and city governments, not just a foundation concerned about municipal government, but one that is attuned to providing governments with a source of capital for doing things that typically wouldn’t be done with tax revenues or state and federal transfer funds. The Bloomberg foundation has pledged $24 million through the Foundation’s Mayors Project to his mayoral counterparts in Chicago, New Orleans, Atlanta, Louisville, and Memphis, including $6 million to Mayor Rahm Emanuel’s Chicago, to fund “Innovation Delivery Teams” that will “go out and hire somebody to really spearhead innovation with the support of the mayor.”

Debate Bloomberg’s performance as New York City’s mayor as you will, but the evidence is that he is one of the nation’s top philanthropists, and he is positioning his family foundation as the philanthropy for innovative and creative city government.—Rick Cohen