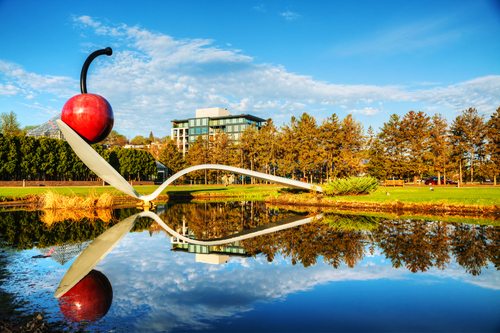 On Monday, Bloomberg Philanthropies announced its Public Art Challenge, a new program that will award at least three cities up to a million dollars each to develop art projects that “celebrate creativity, enhance urban identity, encourage public-private partnerships and drive economic development.”

Mayors will be invited to submit applications, so all you proponents of odd and engaging art installations should start pushing immediately for your mayor’s advocacy, as applications are due in mid-December. Any city in the United States or its territories with more than 30,000 residents can apply, but the projects, which can spend the money over two years, must promise to attract broader and more potentially sustainable support.

Bloomberg Philanthropies said work from “all artistic disciplines,” including the performing arts and multimedia projects, would be considered. Who doesn’t love performance art?—Ruth McCambridge