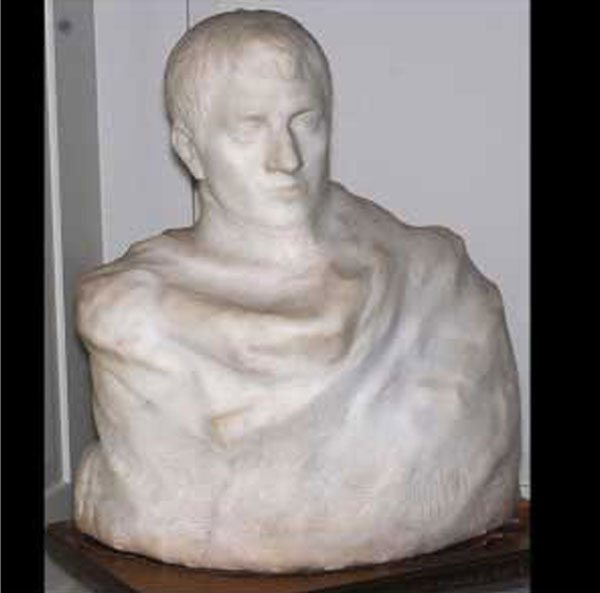 When the Hartley Dodge Foundation hired Mallory Mortillaro in 2014 to catalogue the artwork in the town hall in Madison, New Jersey, it expected the basics. But the basics were done with care, and as a result, the 22-year-old Mortarillo identified one of the pieces—a marble bust of Napoleon Bonaparte—as a Rodin sculpture long lost to the art world.

Napoleon Enveloppe dans Ses Reves (Napoleon Wrapped in His Dreams) had recently spent some time imprisoned in a plywood box surrounded by jackhammers and building debris as renovations occurred to the building. It was not until Mortillaro “ran her hand at the base of the bust and felt something chiseled,” that she located the signature of the artist.

“I was intrigued,” Mortillaro told CNN. “I was a little confused about why this piece would be here without anyone knowing anything about it.”

When she tried to approach the trustees with her find, they initially “blew her off,” according to Nicholas Platt, the foundation president. After all, the foundation had no record of where the bust had come from. Montarillo eventually tracked the bust’s provenance to Rodin’s studio in Paris. An in-person visit by French Rodin expert Jerome Le Blay provided an excited authentication, but the announcement of the find has come only now because of insurance and security concerns.

According to CNN, “The piece was commissioned in 1904 and purchased four years later by industrialist Thomas Fortune Ryan. It then spent several years at the Metropolitan Museum of Art before being purchased in 1933 by Ethel Geraldine Rockefeller Dodge at an auction.”

Dodge donated the artwork in the town hall in 1935 in the name of her son who died in 1930, but she provided no paperwork.

The bust, whose worth is estimated at between $4 million and $12 million, is now headed for Philadelphia Museum of Art, where it will be part of a commemoration of the 100-year anniversary of the artist’s death.

“People are curators their entire lives and don’t end up finding a blue whale in a boat. That’s what [Mortillaro] did,” said Platt.—Ruth McCambridge