A Blueprint for Restructuring Philanthropy 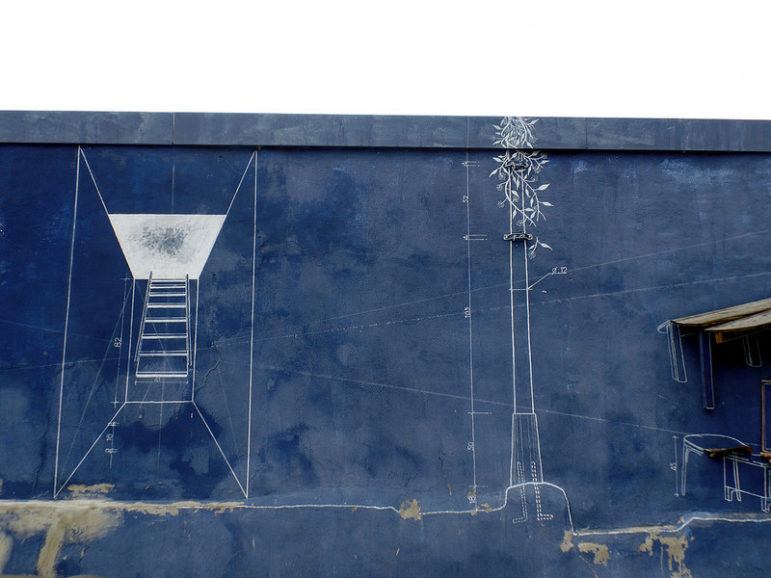 Building on the Ford Foundation’s Darren Walker’s concept of a “new gospel of wealth,” The Nation recently invited eight philanthropic leaders to consider how philanthropy as a field can respond to growing inequality. As a cross-section of some new approaches to giving, the piece is a forceful reminder of the major challenges that exist in the world today and the diverse ways that organizations and individuals are using philanthropy to provide solutions.

In their introduction to the piece, Leah Hunt-Hendrix of Solidaire and Jee Kim of the Ford Foundation argue that, in a reflection of the Gilded Age 100 years ago, “Our current Gilded Age [is] marked by the accumulation of vast fortunes and a new generation of donors who occupy increasingly significant positions in civil society. It’s no coincidence that the big questions of philanthropy’s appropriate role are being rekindled.”

The authors cite the Ford Foundation’s Darren Walker’s response last fall to Andrew Carnegie’s 1889 “The Gospel of Wealth” with his own essay, “Toward a New Gospel of Wealth,” in which he posits:

Yet while inequality certainly merits attention and effort, some have fairly pointed out a tension—if not a contradiction—between philanthropic efforts to address inequality and the structural economic realities that make it possible for foundations to exist at all.

From this starting point, the authors call on eight philanthropic leaders for recommendations. The responses span a range of ideas, with some fairly straightforward and others more aspirational. As one of the more straightforward proposals, Steve Phillips, co-founder of PowerPAC, argues that Carnegie ignored that “inequality in America—especially profound inequality between racial groups—is a direct result of public policy decisions.”

He adds, “From a leverage standpoint, far more money can be moved by changing policies than by making individual grants.” As part of what he describes as a “public policy revolution,” Phillips recommends that philanthropists take a leadership role in supporting a wealth tax, a stronger advocacy role for nonprofits and legislation to make the voting population more reflective of the actual demographics of the country.

Jessie Spector, executive director of Resource Generation, is worthy of bearing the title the piece carries: “The Game Changer.” Spector opens her essay with the rallying cry, “I dream of a world in which philanthropy is not only unnecessary, but remembered as a bizarre and unfortunate creation of societies past.” She continues, “In this future world, accumulating resources in the hands of the few—whether for alleged social good or private benefit—will be recognized as fundamentally unequal, unfair and unjust.” Highlighting NCRP’s statistic that a mere 14 percent of annual foundation funding goes to social justice organizations, she calls for a radical shift. “Our long-term goal should be to put ourselves out of business,” she asserts.

As strategies to redistribute the resources of foundations, she recommends higher taxes on financial transactions, raising the minimum wage, raising the 5% foundation payout rate, and requiring that foundation boards include non-wealthy people. Although the Atlantic Philanthropies have provided an extremely valuable model through the “Giving While Living” program, this is not a strategy that will necessarily fit as well for other organizations.

Daniel Lurie, CEO and founder of Tipping Point Community, explains that his organization operates on an “intentionally hungry model.” The foundation has no endowment—as he puts it, “We start from zero every year.” The organization’s website explains that the board annually covers the organization’s fundraising and operations, so that programs can be at the forefront. An amazing model, but how replicable is it?

Leah Hunt-Hendrix, co-founder and executive director of Solidaire, states that her organization’s approach to philanthropy “doesn’t mean finding or funding this or that solution ourselves.”

Rather, it means being led by the social movements of our time, and working in partnership with those who are experiencing the burdens of an inequitable society, and who are trying to change the deep social structures that perpetuate this inequality and injustice.

As a historical precedent for her organization’s approach, Hunt-Hendrix highlights the work of a few family foundations that collectively funded trainings in the ’50s and ’60s “and anchored organizations like the Southern Christian Leadership Conference, the Student Nonviolent Coordinating Committee and the NAACP.” In place of altruism, Hunt-Hendrix explains that her organization aims for “philanthropy of solidarity…which emphasizes real relationships.”

Neva Goodwin of Tufts University and Rosemary Corbett of the Center for Constitutional Rights, both members of the Rockefeller family, are committed to “ a new economic paradigm in which all resources are distributed more equitably.” They, like others in this group, share the view that foundation boards need to be more diverse and that foundations as a whole should be more responsive to the work of community organizations working with under-represented populations.

A member of the San Francisco’s elite tech community, Craig Newmark, founder of Craigslist, speaks for the value of individual involvement, affirming, “You don’t have to make a killing to make a difference.” As a straightforward reminder for philanthropists and elevator passengers everywhere, Newmark suggests, “If you are lucky enough to do well, keep sending the elevator down.”

Finally, Darren Walker of the Ford Foundation, appropriately described as “The Advocate” for his own role as catalyst for renewed discussions of inequality, explains that his organization is currently investigating “how we might make our endowment strategy align with our program strategy.”

In light of these interesting ideas, it would be interesting to see a follow-up forum of some sort involving these authors that looks in depth at implementation.—Anne Eigeman