Boards and Leadership Hires: How to Get It Right 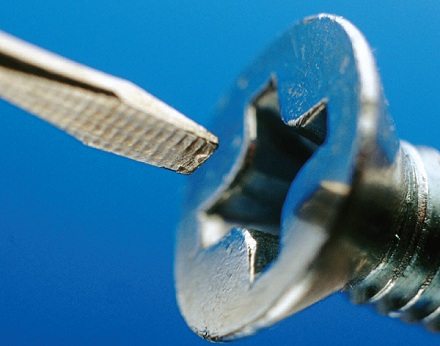 How a board handles a leadership transition can have powerful and long-lasting effects. This article discusses how the board’s handling of this pivotal moment can result in long-lasting problems—and what your board can do to get it right.

Consider this example. For three years, the board of an organization that promotes volunteerism has struggled with a lack of faith in its executive director. The mild-mannered director lacks personal energy and functions as a coordinator rather than as a manager. His leadership style creates a loss in momentum, although the organization’s rates of volunteer participation are high. Made up of young professionals, the board has let its frustration build, prompting this executive to intuit that he has not met expectations and resign. The board decides it needs a real go-getter who will focus on fundraising, and it gets what it wants: a motivated, former junior staff consultant at a for-profit firm serving nonprofits who drives ahead without consulting others. In fact, she often appears annoyed when others voice their opinions. Staff begins to filter out.

Always involved in setting the organization’s agenda, the board soon realizes that it has made a mistake. The problem is, its members have spent valuable social capital in promoting the new director as organizational savior. The director leaves within the year and the organization—now significantly weakened and disheartened—is consolidated into another. How do such things happen?

By design, boards are often disengaged from the day-to-day work of an organization. This detachment means that boards do not understand an organization’s cultural dynamics as its staff members do, and this lack of understanding can prompt a board to develop uninformed beliefs and make poor decisions based on those beliefs. In the above example, the board developed a narrative about its executive director but failed to recognize that the director’s role as a coordinator encouraged the organization’s numerous volunteers to step up and get involved in core functions. The new executive was given a “charge” by the board to take greater “executive” leadership, and her approach ultimately stripped the organization of what kept it alive during times of struggle.

Anyone who spends a lot of time in nonprofit environments has seen a hundred variations on this theme. The board sincerely believes that it has taken the organization “in hand” even while it eliminates some of its most useful assets. Even if a board listens carefully to an executive director, it may get a distorted view of what an organization needs. For instance, a board may “know” from the organization’s executive director that the staff underperforms. But does it also know that keeping your head down and “covering your butt” are the order of the day? Seeing the production problem as the result of recalcitrant staff takes you someplace quite different from seeing the problem as a combination of these problems: a lack of distributed accountability, a fear of stepping out to make suggestions, and the absence of a passionate shared sense of mission. Many boards get stuck on a superficial characterization of the state of an organization that falls short of real understanding.

Disconnection becomes particularly acute when board members make assumptions based on a narcissistic attachment to their own knowledge and experience. Some board members join a board with a “deficit attitude” and assume that nonprofits do not understand how to operate well and that they need a more business-like approach. Boards are attracted to such people for three reasons: (1) boards believe it is best to recruit members from a short menu of professions, such as human resources, accounting, marketing, and law; (2) boards want members who can build a bridge to the money, and (3) boards tend to reproduce themselves, recruiting like-minded people to replace retiring members. But if these board recruits have little knowledge of an organization’s history, context, or constituents and only the vaguest understanding of its programs, their conversations revolve around only what they know.

These misconceptions are not the fault of individual board members, whose orientation often does not require them to “live” in the organization’s core work for a day or two. Some consultants and executives, in fact, frown upon “normalizing” board members by having them take part in an organization’s day-to-day life, but the likelihood of board-staff misalignment increases when dialogue between board and staff members are discouraged. Lack of board-staff connection often occurs and is justified out of a fear of “inappropriate communication” between the bodies. The underlying thinking smacks of a fear of transparency and of a rigid organizational hierarchy that blocks board members’ understanding and can make board members truly dangerous in the hiring process.

Over the course of three years, a large animal rescue league had two “unintentional interim” leaders after the founding director departed. The first was inexperienced and took all her direction from an overly involved board president who in essence ran the organization. Her inexperience caught up with her, however; the board of directors turned on the officious board president, and she was terminated. Another interim was hired who was extremely harsh on staff to the point of being disrespectful. The organization’s reputation was in tatters; staff and all-important volunteers were demoralized and left in droves; and the board supported the inappropriate interim, believing that standing behind the executive director was its role.

By threatening a union drive, the remaining staff forced the question and ousted the inappropriate interim. The organization lucked out with its next interim, who eventually became the executive director. He believed in supporting staff to become critical thinkers and reflective practitioners and asked for their opinions about everything. He also believed in stakeholder involvement and constituent voice and continuously surveyed for feedback on the organization’s performance relative to its mission. In less than two years, the organization’s operations had turned around completely.

But the executive director negelected one critical area: recruitment of board members who would align with the healthy culture he had built. Because he was a capable leader, he managed the board by producing excellence, good reports, good results, a good reputation for the organization, a rebuilt funding capacity, and even program innovation. But because of his lack of time, interest, or disbelief in the influence of the board of directors, he did not change board membership much. He did not ask board members to do what they had been required to do in the past: to volunteer for at least six months in the animal shelter learning the ins and outs of the business, getting to know staff and volunteers, and deeply understanding the culture of animal rescue work.

After seven years, the director decided to leave. He presented the board with materials on executive transitions, but board members decided to conduct the hiring process themselves. The next director they hired had an excellent fundraising résumé in a different field (social services) and had some experience as an executive director of a local affiliate of a national organiza