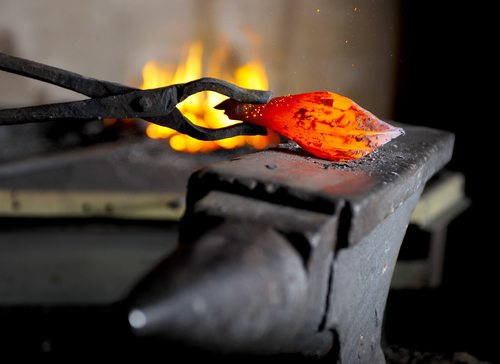 The International Brotherhood of Boilermakers, Iron Ship Builders, Blacksmiths, Forgers and Helpers has treated its officers, staff, and their families very well while membership has declined, according to the Kansas City Star. It’s rare for any organization to pay half their employees six-figure salaries, but the Star reports that this is the case at the Boilermakers’ union headquarters. In addition, it’s common practice, according to the Star’s examination of the union’s annual reports, for executives to keep their union-paid vehicles as they enter retirement and at least one retiring union official received a six-figure consulting contract from the union.

According to a U.S. Labor Department report, the union holds “fractional ownership” in two private jets and paid over $500,000 in 2011 for maintenance and fees associated with the planes. When union officials don’t fly via private jet, they and their families are allowed to fly first class at union expense, according to the Kansas City Star, which also reports that, approximately one year ago, the union’s International Executive Council spent over $150,000 on hunting at the same rural South Dakota preserve used by former Vice President Dick Cheney and Hall of Fame quarterback John Elway. It’s worth noting that a day before reporting on the union’s executive packages, the Kansas City Star also reported that federal authorities are investigating charges related to alleged mismanagement of the union’s pension and benefits plans.

The Boilermakers union also owns its own bank, and three of the bank’s 11 board members are union officers (another is a retired union officer), the Star reports. The bank’s chairman is Newton Jones, who also serves as the president of the Boilermakers union. Last year, Jones received a salary of $307,134, though if one includes total disbursements (including business expenses such as travel), Jones received $607,022. In 2008, Jones received $230,000 from the bank in addition to his compensation as union president, and more than that in 2009, though his bank compensation dropped to $52,945 in 2010. Attorney Marcus Owens, formerly the IRS official in charge of monitoring tax-exempt organizations, observed that the Jones’s union leadership and bank chairmanship each sound like full-time jobs with full-time compensation.

Union officials defend the salary and employment practices of the union and its affiliated pension funds, saying that they fall within the bounds of appropriate compensation for an organization that controls over $10 billion in assets and serves just fewer than 60,000 members. They also note that it’s common for family members to work for the same large corporation. Conflict of interest policies are apparently followed when the union’s board deliberates on contracts and compensation involving union officials and their family members.

However, a labor union is not a large corporation, but a tax-exempt nonprofit, which means that employees may not improperly benefit from their organization, as some conservative union watchdog groups seem to hint may be happening, based on their statements to the Kansas City Star. Even when conflict of interest policies are followed, board members know that their votes and their decisions affect the livelihoods of people they work with, and those people’s families. –Michael Wyland