Both Sides Moving On after Messy Museum Breakup in Miami 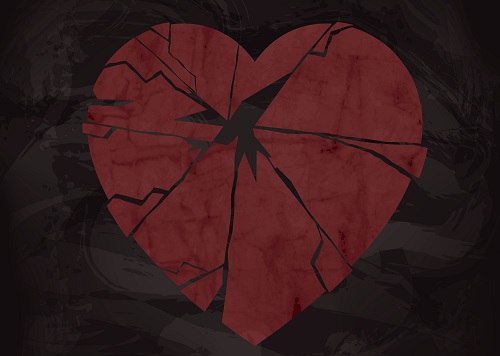 After many months of rancor, which NPQ has followed with attention to the governance, management, and community relations implications of a messy nonprofit meltdown, the dust appears to be settling around the reconfigured Museum of Contemporary Art (MOCA) North Miami and the newly established Institute of Contemporary Art (ICA) Miami.

The public mud-slinging began last spring, but trouble had been simmering for some time between the City of North Miami—which owns the building MOCA North Miami has long occupied—and the trustees of the institution, who wanted to expand the facility or move its collection to another location. The trustees claimed the city was not maintaining the building or providing sufficient security; the city and trustees had different views regarding who had the authority to hire the museum’s executive director, so they each hired their own. North Miami saw the museum as essential to its downtown, whereas the trustees saw the collection as worthy of a bigger and better venue. Dueling lawsuits were filed, resulting in court-ordered mediation. When last we looked in on the situation, the city and the board had parted ways and some of the governance and management issues had been settled. But the fate of the 700 or so pieces of artwork that had comprised MOCA’s collection was still unclear.

Last week, that piece of the puzzle was resolved when, as reported in the Miami Herald, the North Miami City Council approved a settlement that will “gift” approximately 70 percent of the collection to the city for MOCA North Miami. ICA Miami, established over the summer by the former trustees of MOCA and set to open this week in its temporary home in Miami’s Design District, will keep about 200 pieces of artwork. MOCA North Miami will also keep the rights to the MOCA name, along with about $1 million in grant funding. The current MOCA “transitional board” will be replaced within four months, after new rules governing the board are finalized. The former MOCA board—which now leads ICA Miami—will keep about $424,000 in grant funding. The two sides will split the cost of inventorying and inspecting the collection and moving the pieces—which have been in storage since last summer while the dispute raged on—to their respective new homes.

And speaking of new homes, on Sunday, The New York Times reported that ICA Miami has much more to celebrate this week than the settlement on the collection and the opening of its temporary space. Thanks to private donations, ICA will have a new 37,500-square-foot permanent home in Miami’s Design District, with both the land and the financing already secured. Car dealership billionaires and philanthropists Irma and Norman Braman of Miami Beach will fund the design and construction of the new ICA Miami building, which will house 20,000 square feet of exhibition space, classrooms, and a 15,000-square-foot sculpture garden. The land, three empty lots, is being donated by Miami Design District Associates, a partnership between L Real Estate and real estate mogul Craig Robins. Groundbreaking is expected to happen next summer, and the opening is projected for December 2016.

In North Miami, the MOCA controversy seems to have stirred a fresh wave of civic pride. In addition to approving the settlement regarding the disposition of the former MOCA collection, the City Council last week approved a $500,000 line of credit for MOCA North Miami, to be paid off in four years, to assist with programming and other expenses, as reported in the Miami Herald. The council also approved a “conceptual action plan” for the city’s downtown development area, a plan that has been under discussion since last year. Elements of the $8.5 million plan include façade improvements on the Northeast 125th Street corridor, upgrades to City Hall and the MOCA Plaza, a new multi-story parking garage with retail and office spaces and a focus on public art, open spaces and outdoor restaurants. Although the plan is far from final, it offers a blueprint that Florida State Senator Oscar Braynon found compelling and said he will support in Tallahassee. “These are the types of plans, these are the types of things that move us into the next generation,” Braynon said at the council meeting.

It is, of course, too late to ask what might have happened to the old MOCA North Miami if the City Council had made half a million dollars available to the museum and/or adopted a plan for downtown redevelopment a year ago. And it’s far too early to declare victory on either the MOCA or the ICA side of the equation, the proof being in the still-being-cooked puddings of both “new” institutions. It is, however, the perfect time to reprise a quote we borrowed from a Harvard Law School report last summer, commenting on the MOCA North Miami situation as well as then-current questions about the fate of the Detroit Institute of Art collection:

“The debates over the fate of these two museums suggest, in part, the need for business negotiators to carefully think through the range of future outcomes when hammering out an initial contract. In both cases, the question of who owned the museums’ collections became an issue as a result of fiscal difficulties in their host cities.

“When partners are negotiating a new business deal, overconfidence can lead them to overlook the possibility that the business will fail or otherwise struggle. Wise negotiators envision not only the best-case scenario, but the worst-case scenario, and prepare for it before signing on the dotted line.”

It’s reasonable to surmise that everyone involved in the MOCA North Miami and ICA Miami breakup have learned those lessons, albeit the hard way.—Eileen Cunniffe