British Museums will be Scrutinized when Selling Artworks 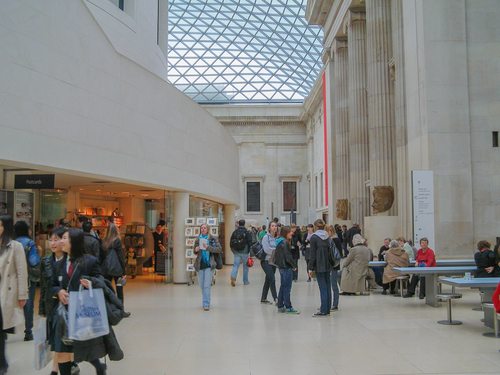 Recent sales of artworks belonging to some British Museums have now paved the way for additional scrutiny for future artwork sales by British museums. The Museums Association (MA), a governing body for British museums, is now considering stricter regulations on how and why museums sell off their artworks. The transaction that brought this to the forefront was the sale of an ancient Egyptian statue of Sekhemka for $24.6 million by the Northampton Borough Council. In another instance, the Croydon Council sold 17 Chinese ceramics from the Riesco Gallery for $12.5 million. The Museums Association revoked both organizations’ accreditations for the sale of these works.

The MA began to dig deeper into these major recent transactions by these museums. As it turns out (through an annual Museums Association survey), funding cuts have forced one in ten museums to sell artworks to make up any monetary deficit. On top of that, 52 percent of museums experienced declines in funding—the most since 2011. The results of this study, in addition to the recent actions of the two British museums, prompted further discussion of policy.

However, the issue is not the sale of an artwork or a collection for monetary gain, but the ethics surrounding the decision to sell. As long as the sale is done ethically, with the mission of the museum being the primary driver and with the community in mind, then a sale is most likely acceptable. In both the Borough Council and Croydon Council cases, this practice was not utilized when determining if a sale was a good fit for the museum.

According to the Association of Art Museum Directors (AAMD), deaccessioning is practiced to refine and enhance the quality, use, and character of an institution’s holdings. There are two fundamental principles that are always observed whenever an AAMD member art museum deaccessions an object:

Funds from deaccessioning can be invested in an acquisitions endowment earmarked to support the long-term growth of a museum’s collection.

The Museums Association has considered partnering with groups like the Heritage Lottery Fund, the Art Fund, and the Arts Council England to become an advocating force for the restriction of sales of vital artworks strictly for monetary gain. This collective group might create an at-risk list of collections to include in this decision-making process, and could very well shape the ownership of artwork collections in England for years to come. This cultural policy platform is one that is on the rise.—Jennifer Swan