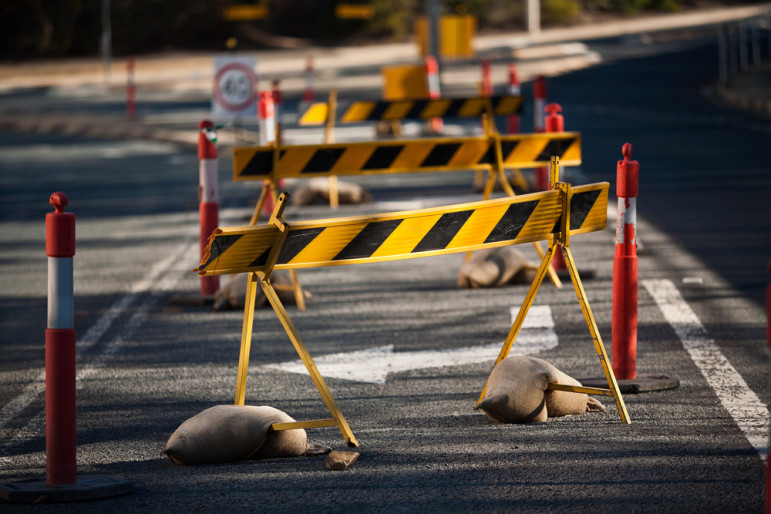 Five months and counting, Pennsylvania and Illinois remain “budget-free zones.” Governors and legislators continue to disagree, and schools, clinics, and social service agencies continue to struggle without expected state funding. And it seems that the struggle in each state is taking place on two very different playing fields.

For organizations that depend on state funding and which are challenged with figuring out how to survive in its absence, five months is a very long time. The levels of frustration and pain continue to build, and there is no shortage of stories from either state to illustrate how the lack of a budget hurts the most vulnerable.

Linda Ciampi, incoming executive director of the Employment Opportunity & Training Center based in Scranton, PA, recently described the growing level of frustration to the Scranton Times-Tribune:

We were being like good children, believing assurances that we would have a budget when we were told in August, then October, and then nothing would happen. Now we have to get the word out to the community and the Legislature and remind them what we do: the work that government can’t or won’t do.

Nonprofits are stanching the bleeding with loans, cutting staff and hours, and drawing down on financial reserves. Anne Gingerich, executive director of the Harrisburg-based Pennsylvania Association of Nonprofit Organizations, said, “Organizations are getting to the point where they are about to shut off the lights. They are increasingly willing to speak out and poke the bear.”

These words could just as easily have been spoken by nonprofit leaders in Illinois. In Illinois, the stalemate has also affected critical services. The Rockford Register Star recently reported on Redeploy Illinois’s decision to end services at one of its locations:

The program is a statewide initiative that funds a network of services for juvenile offenders who would otherwise be jailed. Any youngster facing a juvenile detention sentence for a crime less serious than either murder or a class X felony is eligible. The program…uses aggressive counseling, cognitive therapy and crisis intervention to keep kids in school and out of trouble. It suspended services on October 14th after spending down cash reserves while waiting for money from a state crippled by an ongoing budget impasse.

The Associated Press described how county leaders in Pennsylvania were planning to respond.

The County Commissioners Association of Pennsylvania said this week it’s exploring the possibility of a lawsuit to force state government to fund services for children, senior citizens, addicts and mentally disabled and mentally ill people. Its lawyers are also researching whether counties can withhold money they collect on behalf of the state and use it instead on human services…

“The cruel irony is we are collecting cash, it’s flowing through our hands, we pass it along faithfully according to statute, and in return the commonwealth has obligations toward us that are simply being withheld,” Doug Hill, the association’s director, said Wednesday.

But at the political level where governors and legislators play, the issues are quite different than how many clients can be served and which staff might need to be furloughed. At their level, the battle is about the role of government in our society. In both states, additional funding is needed to meet growing pension costs as well as increase funding for education and other essential services. The disputes that have prevented compromise go beyond the merits of specific state expenditures; they reflect the growing divide between two very different views of the role of government and how revenues should be generated.

But what’s more important than finishing the deal soon is that any final deal include much-needed structural changes, such as pension reform and an end to the state’s antiquated booze monopoly. It’s equally important for the commonwealth’s economic competitiveness that lawmakers avoid further soaking individuals, families, and employers with higher taxes.

On the other side are those who see an important role for government in ensuring a fair and vibrant society and who believe that the wealthiest should be paying a larger share of the costs of needed government services.

Back in Pennsylvania, Republican legislative leaders have tied a final budget deal to the state’s school funding mechanism. According to the Philadelphia Inquirer, their current proposal “would end the collection of school property taxes from millions of households and businesses starting July 1st, except to pay off school debt. It also would impose another barrier for school boards to raise taxes in the future, requiring them to win voter approval to increase local income taxes if they want to spend above the state’s allotment.”

Starting January 1st, the personal income-tax rate would rise from 3.07 percent to 4.34 percent while more types of food, clothing and shoes would be exposed to a new, higher tax on sales—7 percent, up from 6 percent. The sales tax also would be applied to a wider range of services that are currently exempt. Those include basic TV service; tickets to recreational, cultural and sporting events; and some work performed by lawyers, accountants, architects, financial institutions, funeral parlors and salons.

But this approach is seen by its opponents as regressive.

No one would pay school property taxes: landlords, millionaires, the fixed-income elderly, shopping malls and international corporations. Renters would immediately pay higher sales taxes, with no guarantee that their rent would come down proportionally or even immediately.

The picture is similar in Illinois. According to the New York Times, “[Governor Bruce Rauner] has tied passage of the budget to changes in workers’ compensation and collective bargaining rights for unionized public employees, measures that he says will help revive the Illinois economy and bring in much-needed revenue. Democratic Party leaders in the state reject those suggestions, saying that the governor is making demands that are unrelated to the budget.” As the Chicago Tribune put it:

The battle lines remain the same: Rauner wants lawmakers to approve measures that would weaken union rights and cut costs for businesses, while Democrats say that approach would gut the middle class. And so there’s no spending plan since the new budget year began July 1st, and no talk of a tax hike and major cuts to bring the state’s ledger into balance.

For any state that is not pure red or blue, the future may look like Pennsylvania and Illinois. And for organizations which provide essential services, this does not bode well at all.—Martin Levine