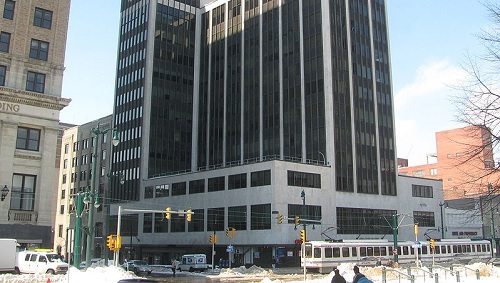 The Buffalo News editorialized last week that Governor Cuomo’s “bureaucrats” have visited a “calamity” on an organization described as a “social enterprise project that has made a difference in the lives of many low-income citizens.”

The social enterprise in question is the Center for Transportation Excellence and the calamity is CTE’s impending loss of a $1 million annual contract with the NY State Department of Health. Since 2007, CTE has had a contract with the state to manage transportation for Medicaid recipients in Erie County. This year, the state put the contract out to bid and chose a Syracuse-based company, Medical Answering Services. The News and other outlets are calling on Governor Cuomo to reverse the decision.

It’s rare to see the press take such a public posture advocating on behalf of one local company for a relatively small contract, but CTE has garnered remarkable support. The News called CTE “an invaluable community asset” and declared that allowing Medical Answering Services to extend into Erie County “would have such negative consequences that it shouldn’t be allowed.”

Buffalo Business First joined in the positive commentary about CTE by suggesting that the loss of the DOH transportation contract also put at risk other CTE contracts, including $2.6 million in U.S. Department of Labor job training program funds for ex-offenders and high school dropouts operated by CTE in partnership with the HEART Foundation, Peaceprints Prison Ministries, and Catholic Charities of Buffalo. Exactly how the DOL contract might be jeopardized by CTE’s loss of the state contract wasn’t explained, except that at the moment, the DOH transportation money accounts for 90 percent of CTE’s annual budget.

All of the press commentary has emphasized CTE’s structure as a “social enterprise,” though the explanation of CTE’s origins and operations highlight the multiple meanings of the term. According to Buffalo Business First, CTE is a division of the for-profit Snyder Corporation, a major player in the Buffalo area with achievements in the transportation, entertainment, and hospitality industries, including the development of a Hyatt Regency hotel and a casino resort, airport parking facilities, and the operation of CTE as well as other transportation services.

CTE was described as having come together through a collaboration of the Snyder Corporation with 60 stakeholders, according to Business First. Both news sources explained that the profits of CTE are reinvested into training and other community benefit programs. Although part of Snyder and the beneficiary of over $5 million in private investment, CTE also received a $750,000 start-up grant from the Empire State Development Corporation.

The Snyder Corporation plays a major role in the revitalization plans for the Buffalo metropolitan area, which may explain the outpouring of press support for CT as a Snyder Corporation affiliate. The scion of the family, Paul L. Snyder III, is listed as the CEO of CTE. The founder of the company, Paul L. Snyder, Sr., bears an unusual connection to a story that NPQ has been covering: He founded and owned a Buffalo expansion team in the National Basketball Association in the late 1970s, but sold the franchise due to its financial difficulties. New owners of the team eventually moved it to San Diego, but when the lead owner went bankrupt, the team was sold to Donald Sterling, who later moved the team—the Clippers—to Los Angeles.

CTE may be a social enterprise of sorts, but its strategy of reinvesting all of its profits in community programs, presumably with no profits accruing to the Snyders themselves, makes it appear something like a nonprofit. The reality is that social enterprise is fundamentally a mindset, an approach to an organization’s work at the boundary of innovation and social benefit. In all probability, the strong advocacy for CTE’s transportation contract is an example of the local boosterism of the Buffalo press corps, functioning in a region that has lost population and economic power over the years, but it would be a nice turn of events for other Buffalo corporations to see Snyder’s social enterprise arm as a model that they might follow.—Rick Cohen