Buffett to Up Contributions to His Children’s Foundations 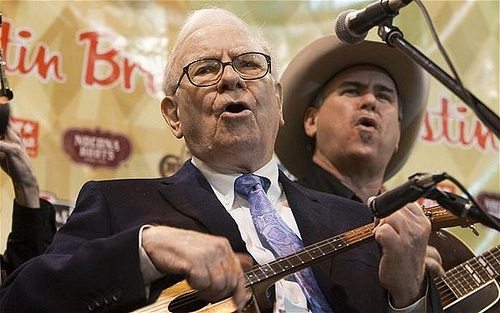 Though not planning to decrease his pledges to the Bill and Melinda Gates Foundation or the Susan Thompson Buffett Foundation, Warren Buffett has announced that he will significantly increase the amount of stock that will be dedicated to the three foundations established by his children: Howard, Susie and Peter. He made the announcement on his 82nd birthday in a letter published in the Omaha World-Herald. Each of the three foundations was to have received $1.5 billion but that has now been increased to approximately $2.1 billion.

The pledge increase will lessen Buffet’s assets now uncommitted to charity; he was scheduled to give away 85 percent of his stock to the five foundations mentioned above, but the new announcement means that at least 90 percent will now be directed to those foundations. His plan is to commit the whole of his stock to charity with all proceeds to be spent out by 10 years following the close of his estate. –Ruth McCambridge