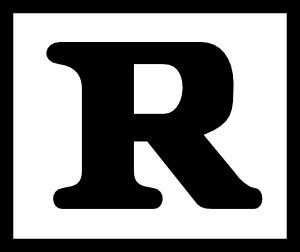 The documentary film Bully draws an unsettling picture of the victimization that occurs throughout schools in America and was given a rating of “R” by the Motion Picture Association of America (MPAA). Unhappy with a rating that would make the film hard to access for its target audience, the film’s distributor, the Weinstein Company, announced yesterday that it will be releasing the movie without an MPAA rating. Instead, the producers will ask theater owners and parents to rely a rating from the nonprofit advocacy group Common Sense Media. MPAA originally gave the movie the “R” rating due largely to profanity, according to Common Sense Media, which notes that “none of the swearing is gratuitous” and is in fact “a realistic portrayal of what every middle schooler and older hears every day.”

Dissent about the movie’s rating has stirred outcry among the public and celebrities alike. A high school student from Michigan, Katy Butler, started a petition to the MPAA, calling for a PG-13 rating so that people her age could view the film. In a letter sent to Change.org, Butler wrote about her own experience being bullied in 7th grade and then stated, “Think of how many of these kids could benefit from seeing this film, especially if it is shown in schools.” Butler’s petition gained over 475,000 signatures, including notable celebrity signatories such as Meryl Streep, Johnny Depp and Justin Bieber, increasing pressure on MPAA.

Despite the public pressure and appeals from the distributor, MPAA refused to change the rating unless a scene featuring multiple “f” words was edited; Weinstein refused. MPAA defended their decision, saying their rating system “is not a judgment on the value of any movie. The rating simply conveys to parents that a film has elements strong enough to require careful consideration before allowing their children to view it.”

Where MPAA won’t tread, however, Common Sense Media will. The nonprofit proclaims itself as an alternative to the MPAA and gives Bully a rating of “Pause 13+.” Common Sense Media explains this rating as: “Know your child, some content may not be right for some kids.” The organization’s website describes “Bully” as “age appropriate for teens and relevant for middle schoolers if an adult is present to guide discussion.”

Without an MPAA rating, it will be up to movie theaters to decide whether or how to proceed with showing Bully. The AMC theater chain has released a statement saying that they will screen the film as unrated and that teenagers may attend if accompanied by an adult or if they have a parental permission slip to present at the box office.

Filmed over the course of the 2009-2010 school year, Bully follows a diverse group of families who are coping with the impact of bullying (which for some includes living with a child’s suicide in the wake of victimization from peers). According to the filmmakers, more than 13 million kids are bullied in American schools each year. Watch the trailer below. –Saras Chung