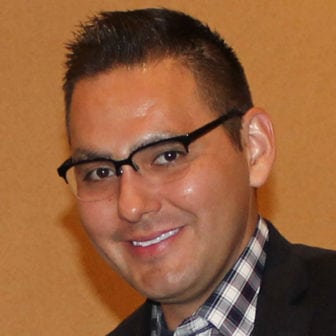 “The great enemy of truth is very often not the lie—deliberate, contrived and dishonest—but the myth—persistent, persuasive and unrealistic. Too often we hold fast to the clichés of our forebears. We subject all facts to a prefabricated set of interpretations. We enjoy the comfort of opinion without the discomfort of thought.”

Of all groups in the United States, Native American people are perhaps the most misunderstood. This curiosity, fascination, and bewilderment dates back to the arrival of European colonizers who stigmatized Native people (just as they did Indigenous people in other colonized parts of the world) to justify acts of genocide, displacement, exclusion, and marginalization.

In many ways, the early stigmatization and dehumanization of Native people has wrongly stood the test of time and continues to marginalize and exclude Native people in all circles of American life today—including within philanthropy.

A recent report released by First Nations Development Institute (First Nations) and Frontline Solutions, titled We Need to Change How We Think: Perspectives on Philanthropy’s Underfunding of Native Communities and Causes, documents that individuals working within philanthropy hold stereotypes and misinformation about Native American people and communities. Those stereotypes and misinformation, no doubt, contribute to the marginalization and exclusion of Native people in their interactions with philanthropy.

For example, national public opinion research collected under the Reclaiming Native Truth Project, co-led by First Nations and which NPQ covered in July, highlights that Americans overall have very little factual knowledge or understanding of Native Americans. Generally, most individuals cited receiving their (inaccurate) “knowledge” about Native Americans from schools, popular culture, and generalizations based on limited interactions with Native people. This lack of knowledge about Native people is consistent across the US population, regardless of respondents’ race, level of education, political affiliation, income, and a host of other variables.

The lack of knowledge about Native Americans is perhaps more consequential when looking at philanthropy’s interactions with Native communities. Substantively, what this means is that while philanthropy wields a great deal of influence, power, and resources—and is trying to leverage these resources to make a better world for individuals and communities—people working in the sector lack factual knowledge and cling to stereotypes and misconceptions about the First Americans of this nation just like the general public. This lack of knowledge, education, and information of Native people at best diminishes, and at worst excludes, Native Americans from critical agendas aimed at making our democratic society more inclusive and equitable.

One indicator of the exclusion and marginalization of Native people from the agendas and agenda-setting platforms of philanthropy is the small and declining levels of giving by large foundations to Native communities and causes. For example, in another recent First Nations report, Growing Inequity: Large Foundation Giving to Native American Organizations and Causes, data from the Foundation Center indicate that large foundation giving to Native American organizations and causes declined by 29 percent, a $35 million drop in funding, from 2006 to 2014. Moreover, the data highlights that Native-led organizations have been hit the hardest by these declines, suggesting large philanthropy is less likely to support Native-led change and more likely to fund non-Native-led organizations to work in Native communities. Community foundations have likewise given paltry support to Native groups.

Many of the current tools and resources developed to make philanthropy more inclusive and equitable have focused on changing institutional practices. Though important, First Nations’ research highlights that the role of individuals—including their beliefs, attitudes, and knowledge (or lack thereof)—is also consequential. Individuals within philanthropy shape agendas, develop and maintain networks and relationships, and develop strategies that can and do include or exclude based on their knowledge and experiences. This suggests that more tools and resources are needed to help educate individuals in philanthropy of their own biases when interacting with Native people and communities.

So, let’s tackle a few of the most cited stereotypes that individuals in philanthropy and beyond hold of Native Americans.

These stereotypes of Native Americans living free on government benefits, the ultimate “welfare queens,” no doubt stem from early years of interaction between Native nations and the US government. During the early years of European conquest in the “New World,” government-to-government treaties in exchange for millions of acres of land and peace were signed between nations of Europeans—among which is counted the newly formed United States—and Native American nations. These treaties were foundational to the founding of the US, and most did allow for access to some goods and services by citizens of Native nations. But these were negotiations and treaty provisions between Native nations and the federal government, not individual Indians. Moreover, these treaty negotiations are not exceptional Native American benefits and are not charity.

Viewing communities of color as merely welfare recipients is not new in the US. Other communities of color have also had to beat back these stereotypes by intentionally and factually calling these labels racist, wrong, and dehumanizing. But when it comes to this stereotype of Native people today, we have not yet realized it’s an intentional attempt to dehumanize and degrade Native people.

Myth: Associated with the myth above is the idea that Native Americans are receiving and subsequently squandering federal dollars or other “welfare” benefits.

False! This idea that Native people and communities squander and misuse funds is generally rooted in racism about poor people and blames Native Americans themselves for their current situations of poverty, etc. Beyond being racist, it is factually false.

Let’s look at healthcare as one example. The federal government, through the Indian Health Service (IHS), does provide for some basic level of healthcare to Native Americans in Native communities. But this healthcare is by most measures inadequate. For example, in 2017 the average per-capita spending allowed by the IHS was $3,851; in contrast, the national average for individual healthcare spending was $10,348. In fact, people incarcerated in the federal prison system received greater per-capita healthcare funding allocations, totaling about $8,000 in 2016, than Native Americans reliant on the IHS.

Putting dollars and cents to this myth, we see that Native Americans are not at all squandering, wasting, or otherwise misusing federal funds. In fact, in healthcare, economic development, and other areas, Native American nonprofits have emerged to fill important gaps in service resulting from the inadequate federal funding going to these causes. Nonetheless, these services are viewed with suspicion as the general perception often remains that Native Americans are corrupt or misuse funds. Though wrong, this myth over time has been accepted as fact and become a damning stereotype of Native people and communities.

False! A majority of Americans tend to think that Native Americans are all rich from Native American gaming. This is indeed in complete contradiction to the other stereotypes cited above. But the ability of people to hold and employ contradictory beliefs, opinions, and attitudes is not new, and social psychology is rife with theories on how the brain develops ways to avoid mental conflicts. Consequently, people rarely have to consciously deal with their conflicting opinions and attitudes.

Gaming has undoubtedly been a game-changer for some Native communities. The most successful gaming tribes, in turn, have given hundreds of millions of philanthropic dollars, and other capital support, to Native and non-Native organizations and causes across the US. Moreover, Native nations have been at the forefront of change, using their resources and influence to make communities more inclusive, especially of Native Americans. American Indian nations have fought to make school curricula more inclusive, fought voting laws aimed to disenfranchise, and supported other inclusive movements to progress social change. Overall, these gaming tribes are giving back to other Native communities and beyond.

To probe this stereotype a bit more, let’s put some numbers to this myth to situate it beyond abstract ideas to more specific dollars and cents in a hypothetical distribution of gaming wealth.

But this blunt formula wrongly assumes that profits equal revenues. Of course, payroll must be paid, debt serviced, and so on. For example, in 2017, commercial casinos in Las Vegas earned $1.6 billion in profits on $26.2 billion in gross revenues. So, if one makes a similar calculation with Indian gaming revenue, it is obvious that while gaming boosts economic activity, it generates far too little profit to possibly close the vast gap in income and wealth.

Moreover, this scenario of sharing profits equally among all Native Americans would never happen for a variety of reasons, including the sovereign status of individual Native nations. Still, the above does give a more nuanced context to the Indian gaming stereotype. Gaming has made an important economic contribution to many Native nations. But it is not a panacea for all Native communities and the total profits generated are relatively small compared to the vast need and gap in wealth that exists between Native communities and the general US population. Moreover, those Native nations that have benefited from gaming continue to give hundreds of millions annually in philanthropic support—not to mention the billions that are paid to state tax coffers and in jobs created and wages paid in these communities.

At First Nations, we hope this new research serves as a call-to-action to individuals in philanthropy to seek out more accurate information about Native American people and communities. Also, we hope our research facilitates philanthropic dialogue and action to create a more inclusive and equitable environment for Native people. Until this happens, we will be perpetuating a society that excludes Native people and communities from equally sharing and participating in American democracy as fully human.