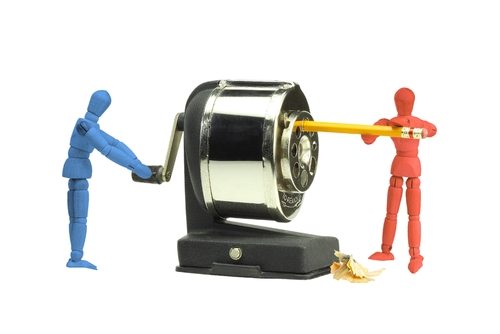 Can foundation executives give even a passing thought to “fixing government” without throwing up their hands in collective frustration? In California, five foundations, led by the James Irvine Foundation, are trying to fix dysfunctional state governmental dynamics. With the participation of the California Endowment, the Evelyn and Walter Haas Jr. Fund, the William and Flora Hewlett Foundation, and the David and Lucile Packard Foundation, Irvine helped establish California Forward in 2007 with a $16 million capital commitment at the outset that the funders renewed three years later.

The California Forward emphasis is bipartisan or nonpartisan, involving what Bridgespan says is “an extremely diverse coalition of supporters—including education leaders, city mayors, local chambers of commerce, and religious and cultural organizations.” All five foundations, involved in differing issues like education, health care, and the environment, found themselves stymied by California’s fiscal paralysis, a joint concern that required joint action.

To create a bipartisan ethos, the early co-chairs were former Democratic Congressman and White House Chief of Staff Leon Panetta, who has since moved on to head the Department of Defense, and former chairman of the California Business Roundtable Thomas McKernan. MeKernan, now chair of the Automobile Club of Southern California, is still there along with other well known nonprofit leaders such as: Bill Hauck, the former president of the California Business Roundtable; Antonia Hernandez of the California Community Foundation; Stewart Kwoh, the president and executive director of the Asian Pacific American Legal Center of Southern California; Connie Rice, director of the Los Angeles NAACP Legal Defense & Education Fund; and Arturo Vargas, head of the National Association of Latino Elected Officials.

How does a stellar bipartisan board make progress on this nation’s hyper-polarized political dynamics? Zabrae Valentine, California Forward’s deputy director, says, “It’s very hard work to actually be bipartisan…You have to have truly bipartisan leadership, board, and staff, and you have to do the very hard work of finding common ground and only promoting ideas that achieve that ideological common ground.” Do the fixes for governmental dysfunction lend themselves to bipartisan thinking, or does the dysfunction serve some interests and not others, leading those served to keep things as they are?

The Bridgespan article is a little contradictory about the progress of California Forward. On one hand, the article states, “their efforts have begun to pay off…[with] a detailed framework for a renewed system of governance…supported by a broad coalition of business, labor, faith, and community organizations.” Examples of successes include a 2008 redistricting initiative, the 2010 passage of Proposition 14 for open primaries in some state elections, and work in 2011 to get both houses of the legislature to call for performance-based budgeting, though the latter effort was vetoed by California Gov. Jerry Brown. On the other hand, Bridgespan cites Jim Mayer, the executive director of California Forward, acknowledging that progress has been incremental and that there have been difficulties in maintaining broad support around specific proposals because, in Bridgespan’s words, “the proposals have become part of a broader political debate.”

That observation about the political debates might characterize California Forward’s 2012 ballot initiative, Proposition 31, the “Government Performance and Accountability Act,” given that some unions, among others, have come out against the initiative. Despite its liberal image, philanthropy often prefers a moderate political line that is able to attract both sides of the aisle. But politics in city halls and state capitols is rarely quite as polite and consensual as foundations’ internal processes, as the opposition to Prop 31 is showing.

The bumps in the road encountered by California Forward are part and parcel of the political process, all but unavoidable if foundations want to address governmental change. One might question, in cost/benefit terms, California Forward’s selection of issues and the extensive process it went through with meetings with selected stakeholders debating how government might “win back” the public’s trust, but to expect specific proposals to somehow evade the state’s contentious political debates? Not likely. And in no way does encountering political opposition and incremental progress mean that California Forward has been anything less than successful. That’s simply the real life of policy change.—Rick Cohen