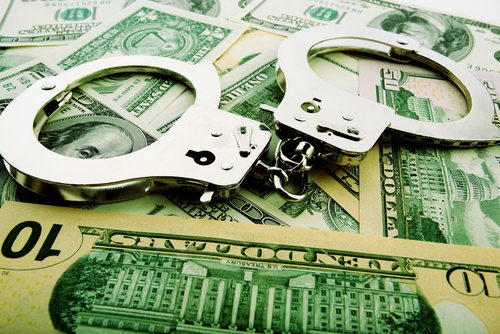 Nonprofits are famous for patching their budgets together from various and sometimes unlikely sources. In California, under Proposition 139 (The Prison Inmate Labor Initiative), which was passed in 1990, 20 percent deductions are taken from the meager wages of prison inmates and the money is distributed to nonprofits providing victims’ services. This year, at a ceremony at San Quentin Prison, five groups have been awarded $7,200 each for a grand total of $36,029.14. This year’s recipients are the Canal Community Alliance, the Center for Domestic Peace, Sunny Hills Services, Bay Area Women Against Rape and the East Oakland Youth Development Center. All good choices we are sure…

But, of course, this small funding program should be placed in the context of the reality addressed in our newswire this week about the fact that our prison system is now number one in the world in terms of the percentage of the population incarcerated and the fact that prison labor, as it is organized, is seen by many to be a form of slavery.

A little context: we understand the concept of restitution that goes directly to groups serving victims. In an interesting sidebar, Walmart was criticized last year for making use of inmate labor through contracting with at least one vendor, Martori Farms, which pays women inmates $2 an hour. While there’s no indication that it had anything to do with Walmart’s use of inmate labor, we recently published a newswire about a nonprofit in Arizona that rejected a Walmart grant as “blood money.”

In the Martori Farms situation, one of the women prisoners supplied to Martori by the Arizona Department of Corrections told Truth-Out, “We work eight hours regardless of conditions…We work in the fields hoeing weeds and thinning plants…Currently we are forced to work in the blazing sun for eight hours. We run out of water several times a day. We ran out of sunscreen several times a week. They don’t check medical backgrounds or ages before they pull women for these jobs.” Writing for PolicyMic, Bob Sloan points out, “…Wal-Mart helped write the laws allowing this kind of exploitation…They helped ALEC pass legislation now being used in states that are turning to prisoners to solve labor shortages stemming from the Right to Work and immigration laws.”

We’d love your thoughts on all of this. –Ruth McCambridge