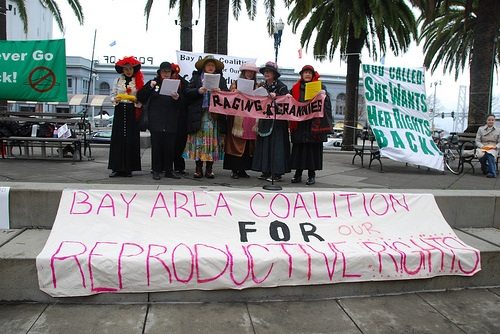 California Governor Jerry Brown took a significant step in the movement for reproductive rights in signing a bill to allow nurse practitioners, certified nurse-midwives, and physicians’ assistants to perform abortions during the first trimester of women’s pregnancies. The non-doctors would be limited to using non-surgical techniques such as vacuum aspiration, and they would have to complete specific training before being able to perform the abortions.

The intent of the legislation, introduced by Assemblywoman Toni Atkins, was to address the lack of enough physicians in some areas, particularly rural areas, for women who wanted to terminate a pregnancy.

Oddly, neither Governor Brown nor the governor’s staff commented publicly on his signing, according to the Los Angeles Times. Even in California, the issue of reproductive rights generates heated opposition. Wynette Sills, the executive director of the Coalition for Women and Children, denounced Governor Brown for “put[ting] the profits of the abortion industry above the health and well-being of women and children.” Other opponents included the California Catholic Conference, the Traditional Values Coalition, and Concerned Women for America of California.

The legislation was supported by groups such as the Planned Parenthood Advocacy Project of Los Angeles County and the California Women’s Health Alliance, the latter having written to legislators that many California counties “do not have an accessible abortion provider.”

Other states seem to be going in a direction opposite to California’s. Erik Eckholm of the New York Times writes about the success of abortion opponents in Ohio, which he describes as “a laboratory for what anti-abortion leaders call the incremental strategy—passing a web of rules designed to push the hazy boundaries of Supreme Court guidelines without flagrantly violating them.” One of the new Ohio rules mandates that doctors during ultrasound treatments offer pregnant women the chance to listen to fetal heartbeats. The ACLU is challenging that requirement, but the anti-abortion movement in Ohio has been thrilled with the way reproductive rights legislation has been developing in the state. “In Ohio, the last few years have been fantastic if you support the pro-life movement,” Mike Gonidakis, the president of Ohio Right to Life, told the Times. “We’ve been able to craft pro-life laws that can withstand court scrutiny.”

State by state, opponents are trying to craft abortion limitations that do not conflict with Roe v. Wade but nonetheless make access to abortions more difficult. An upcoming battleground is New Mexico, which has historically had a very liberal approach to reproductive rights, to the point that Albuquerque’s Southwestern Women’s Options clinic employs two of the only four doctors in the U.S. who offer third-trimester abortions. However, there is a city-specific referendum coming up in Albuquerque to vote on a ballot initiative that would ban abortions after 20 weeks of pregnancy, as well as put other restrictions into place, with exceptions in cases where the health of the mother is in grave danger. Project Defending Life is one of the groups sponsoring the ballot initiative; Planned Parenthood of New Mexico is opposing it.

The issue of reproductive rights is still being fought across the states—or, as in Albuquerque, in specific municipalities. They may be progressing in California, but they are under threat elsewhere.—Rick Cohen