California’s Brown Must Choose: Help the Poor or Invest for Rainy Days 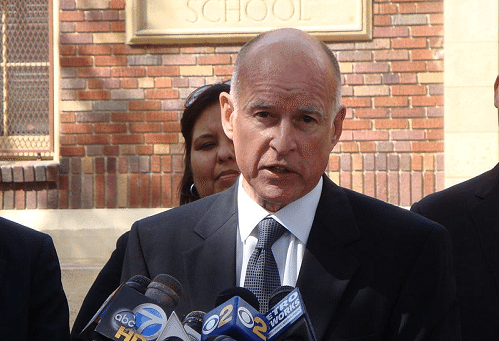 California is turning into an interesting battleground, pitting fiscal austerity against social needs. Governor Jerry Brown leads a state with the largest population of people below the poverty level: nine million. The state has been historically quite aggressive in tackling social issues like poverty and spending money to make a dent. However, Brown’s latest “State of the State” address urged lawmakers to exercise fiscal prudence with state funds.

Unlike past years of budget-torturing deficits in California, Brown’s message was against the backdrop of a fiscal surplus in the state. Critics are suggesting that Brown’s limited budget increases for welfare and other programs are “penny-wise and pound-foolish” vis-à-vis the needs of the poor. Writing for the Times, Anthony York indicates that Brown “bristles” at the idea that he is not doing what he can or should for the poor, suggesting that California is actually ahead of other states and even the federal government: “I really think California, relative to the rest of the country, is doing a very credible job in responding to the needs of our people,” Brown reportedly said recently.

It is rare that poverty platforms become issues in gubernatorial campaigns, but it might happen in California when the poverty population is the size of a small country. One possible Republican candidate, Wall Streeter Neel Kashkari, has made education and poverty key themes in his campaign. He indicated that Brown has “forgotten the millions of Californians who are struggling.” Former Republican candidate Ron Unz has authored a plan to raise the state’s minimum wage to $12 an hour, which he believes would save California tons of money that the state currently spends “subsidiz[ing] low-wage businesses” that pay much less.

Republicans as the party that cares for the poor? Are California Democrats now the party of tightfisted fiscal policies? Senate President Darrell Steinberg, a Democrat from Sacramento, responded to Brown’s speech that the fiscal restraint was good, but he nonetheless advocated budget room for “smart investments” restoring some social services and pre-K education. Assembly Speaker John Perez (from Los Angeles) advocated putting money back into welfare, food stamps, public health, and student financial aid.

“Prudence is never easy,” Brown said when he announced his budget proposals. “When the money’s in, people want to go for it.” Will California end up devoting its surplus to a rainy-day fund or try to provide some more assistance to the state’s population of poor people? –Rick Cohen

More about: California InequalityPolicies and Laws