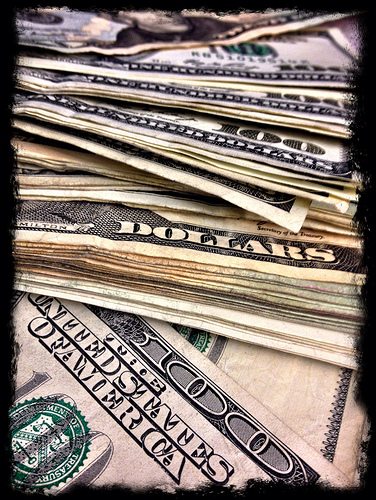 NPQ has reported repeatedly over the last year about the growing wealth divide in this country, specifically about the fact that 95 percent of the fruits of the recovery have gone into the pockets of the super-rich. These super-rich have what some believe is an overwhelming influence in public affairs, funding political campaigns and bankrolling a combination of public systems and think tanks and media. Even more recently, we hear an increasingly loudly voiced concern about the threat this “plutocracy” poses to democracy—not just here, but abroad.

A well-written article by Joanne Barkan in Dissent (well worth reading in its entirety) does a great job of tracing the historical concerns about philanthropy’s threat to democracy. “From the start,” she writes, “the mega-foundations provoked hostility across the political spectrum. To their many detractors, they looked like centers of plutocratic power that threatened democratic governance. Setting up do-good corporations, critics said, was merely a ploy to secure the wealth and clean up the reputations of business moguls who amassed fortunes during the Gilded Age.”

She goes on to write:

“The social policy ideas of the new foundations were shaped by their understanding of modern research-based medicine, especially germ theory. Scientists aimed not simply to alleviate symptoms but to discover the nature of a disease, isolate the pathogen, then develop and administer a cure. Private philanthropies planned to do the same for such social ills as poverty and illiteracy: sponsor research on a problem, finance the design of a remedy, and pay for implementation (sometimes with the addition of public funds). The foundation trustees seemed unaware that social problems are too multifaceted, too historically rooted, and too entangled in politics and the economy to conform to the medical model.

“One hundred years later, big philanthropy still aims to solve the world’s problems—with foundation trustees deciding what is a problem and how to fix it. They may act with good intentions, but they define ‘good.’ The arrangement remains thoroughly plutocratic: it is the exercise of wealth-derived power in the public sphere with minimal democratic controls and civic obligations. Controls and obligations include filing an annual IRS form and (since 1969) paying an annual excise tax of up to 2 percent on net investment income. There are regulations against self-dealing, lobbying (although “educating” lawmakers is legal), and supporting candidates for public office. In reality, the limits on political activity barely function now: loopholes, indirect support for groups that do political work, and scant resources for regulators have crippled oversight.

“Because they are mostly free to do what they want, mega-foundations threaten democratic governance and civil society (defined as the associational life of people outside the market and independent of the state)…. Without countervailing forces, wealth in capitalist societies already translates into political power; big philanthropy reinforces this tendency.”

The article concludes with some recommendations for reform, but she writes, “The foundation sector will fight reform ferociously—as it has in the past. When asked to forgo some influence or contribute more in taxes, the altruistic impulse stalls. The foundation sector acts like any other powerful interest group.” And, she writes, we are not aided in reform by the media, which themselves are more frequently funded by philanthropy. “Public television and radio live on big philanthropy’s largess. Collaborative programming with mega-foundations has undermined the credibility of major for-profit news organizations as well as public media…” She ends by calling on independent media to pay attention. “Now it’s time for a new progressive era—complete with muckrakers and trust-busters to cast a critical eye on big philanthropy.”—Ruth McCambridge