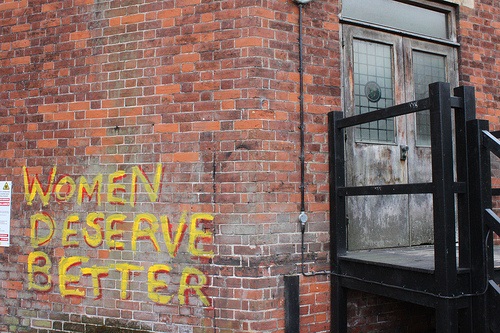 In light of the coverage of the Rolling Stone article about an alleged gang rape at a University of Virginia fraternity that appears to not have happened as described or at all, including two articles published by NPQ (here and here), Mother Jones has published the list of all colleges, public and nonprofit, that are currently under investigation by federal authorities for mishandling sexual assault cases—106 colleges, just short of double the number of institutions being investigated by the U.S. Department of Education last May. While the list of schools is long and shocking, it isn’t clear exactly what these investigations will lead to.

According to Matt Rocheleau, writing for the Boston Globe, “Over the past decade, federal investigators have dismissed most allegations against colleges accused of mishandling complaints of sexual violence on their campuses, often because too much time had passed since the incident and the complaint.” In many cases, the investigations might have been terminated because of a preference of the feds to see the schools pledge to make changes in policies and procedures themselves, commemorated in a pre- or post-investigation settlement agreement, rather than financially penalize the schools under Title IX prohibitions against gender-based discrimination in federally funded education programs.

The number of federal investigations that end up going nowhere might also be attributable to the impact of the alleged crimes on the women who are victims. The burden of pursuing the case with sometimes-reluctant school administrators falls largely on the victims themselves who are hampered by a number of factors ranging from limited resources to pursue claims to the challenge of being traumatized victims who have to recall the assaults over and over again. Add in the element of disbelief of victims’ stories, exacerbated by the Rolling Stone brouhaha, and the problem of investigating these cases becomes all too obvious.

On the other hand, like the members of the UVA chapter of Phi Kappa Psi, sometimes defendants have their own problems mounting adequate defenses when the decision in the court of opinion seems to have been already reached. A few male students have litigated charges of rape they faced, contending that the schools in question may have violated their due process rights and presented the students with “disciplinary processes [that] are stacked against them.”

Overall, despite the journalistic implosion at Rolling Stone over the UVA gang rape case, and despite the increased attention to campus rapes as evidenced by the list in Mother Jones, the issue is still evolving with a long way to go. Suzanne Goldberg, the Executive Vice President for University Life at Columbia University and Director of Columbia Law School’s Center for Gender & Sexuality Law, suggests three “takeaways” from the Rolling Stone controversy: concern about campus sexual assault is legitimate but still appears to be underreported; new leadership among students and university administrators, abetted by media scrutiny, has led to an increase of resources devoted to the problem of campus rape; and an emerging “culture of prevention” has begun to take hold, including work on “bystander intervention” because ending sexual assaults on campus needs the involvement and cooperation of everyone.

A number of universities have taken concrete steps toward addressing the policy and cultural changes needed for this problem: New York University has established a lounge area for students to share experiences, get assistance, and receive counseling; as part of its program on sexual assault awareness, the Georgetown University Take Back the Night group is holding an “It Happens Here” forum for students to share real stories about sexual assault; and Stanford University and others are pushing for expulsion as the penalty for campus rapists, important in that evidence exists that those proven responsible for incidents of rape are expelled only 30 percent of the time.

Like the troubled conversations some institutions are trying to have about race, it may be just as difficult for men and women on campus to have similar serious conversations about campus sexual assault. With only an estimated 32 percent of alleged rape victims reporting the incidents to the police, talking about campus sexual assault is going to require universities to change their cultures so that these conversations can be facilitated in safe places, leading toward the desired outcome of better understanding of the hows and whys of sexual assaults and their possible mitigation.—Rick Cohen