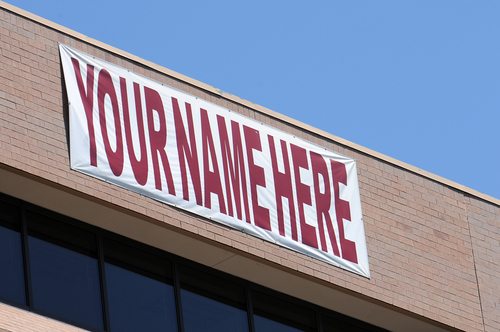 Scott Walker, the governor of Wisconsin and a potential candidate for the presidency in 2016, has asked the Wisconsin legislature to grant his office the right to sell state-owned property to private investors. The proposal would allow Gov. Walker’s administration to offer for sale buildings such as heating plants, prisons, highways, and other state property. A key committee has agreed to fold the proposal into the biennial budget that will be considered by the legislature next week.

In approving the proposal, the Joint Finance Committee supposedly put into place some oversight and checks and balances. There would have to be two levels of approval before a building could be sold, requiring proof that there was benefit to the public in the sale. The state would be required to go through a transparent and competitive process for the sale, although there is also a provision allowing the state to negotiate with a single potential buyer. (One wonders how negotiations with a single buyer could be competitive.) It should also be noted that the governor in Wisconsin has been granted very powerful line-item veto rights that would potentially enable him to remove all of the oversight provisions of the legislation while he signs it into law.

One reason for the proposal is that several heating plants owned or co-owned by the State are aging and are going to be difficult and costly to maintain. These plants provide heat for several state facilities, such as buildings in the University of Wisconsin system. Any profit made from the sale of the buildings would be used to pay down the state’s $8 billion debt. It is unclear, however, if the plan will pan out. Even for the heating plants, there is interest in the newer facilities, but not necessarily in the older ones. The article suggests that this will ultimately cost the state more, since it would have to purchase the heat required from a private company.

The motivations for pushing this proposal are unclear. Recently, the governor’s office announced that, over the next two years, the state of Wisconsin would bring in $500 million more in revenue than had been anticipated. This money is not to be used to pay the $8 billion debt. Instead, the governor is proposing to invest it in school districts while requiring the school districts to reduce their property taxes by the same amount, which amounts to property tax relief, not debt relief.

This represents an interesting challenge for the nonprofit sector, as the proposal gives the governor’s administration the right to sell buildings in the University of Wisconsin system, even ones that have been built with donations from and named after donors. This is causing some concern at the University. Indeed, one major donor to the University, Sheldon Lubar, says this will have a chilling effect on donations. (Mr. Lubar made a donation large enough to have the Business School at the University of Wisconsin-Milwaukee named after him.) Michael Knetter, head of the University’s Foundation, sent an email on the subject to the Journal-Sentinel, in which he stated, “Absent a deeper understanding of the motivation behind the change in control, there is reason for people to wonder and uncertainty is the enemy of investment in for profit or non-profit enterprises.”

The nonprofit sector is facing many challenges in the aftermath of what has been called the Great Recession. One of the major issues is a loss of funding from government grants and contracts. This has meant that organizations in the sector have had to turn to other sources of revenue, such as private donors, to help pay for the increasing demand for services. One significant way of attracting and thanking donors for major gifts is the ability to name a facility after them in perpetuity in honor of the donation. This proposal means, for the University system at least, that’s a promise that can no longer be made. Another case of the nonprofit sector being squeezed from all sides.

Gov. Walker may be given the right to do this, but is it right to sell to a private owner a facility that was built with money generated by a desire to serve a broader public?—Rob Meiksins