Can LIVESTRONG Weather the Storm of Its Founder’s Disgrace? 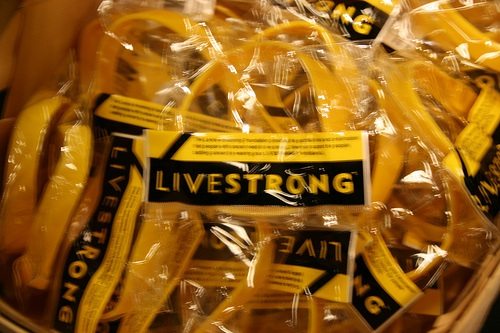 Before Lance Armstrong decamped to tape an appearance on Oprah Winfrey’s talk show, the award-winning cyclist reportedly stopped by the offices of the LIVESTRONG Foundation to apologize. According to reports, Armstrong didn’t quite explain that he was apologizing for having lied about using performance-enhancing drugs in his Tour de France victories or about having bullied and threatened teammates not to speak about drugs on his team, but he didn’t need to. It’s like Roger Clemens, Barry Bonds or Sammy Sosa. No words about specifics need be spoken about performance enhancing drugs. At some point, the specifics about these sports icons’ drug use are almost beside the point, the history of denials and umbrage having long become co-equal parts of the story.

For Armstrong, though, the foundation dedicated to cancer research distinguishes his story from that of others living under cascading charges of using performance-enhancing drugs in sports competition. Regardless of his admitted practice of doping, Armstrong, a survivor of testicular cancer, seemed really serious about his foundation and its support of cancer research. Staff wept and Armstrong was apparently choked up when he acknowledged, according to The Atlantic, that the foundation’s reputation had been “ruined” and that his apology was meant to help restore its reputation.

Prior to the Winfrey interview, Armstrong had denied everything and attacked his accusers, but the mounting evidence from multiple investigations caused the Tour de France to pull all of his awards and even cost him his Olympic bronze medal. Eventually, Armstrong stepped down as chair of his foundation, but by then, the foundation had lost several corporate sponsorships and partnerships. The most notable one was Nike, which had stood by Armstrong until close to the bitter end. Both Nike and Anheuser-Busch terminated their endorsement deals with Armstrong in October, though, like the American Cancer Society, said that they would still cooperate with an Armstrong-less LIVESTRONG.

Although his personal net worth has been estimated at more than $100 million, Armstrong faces legal and financial liabilities as a result of his admission of drug use during his race victories. The teammate who first went public about Armstrong, Floyd Landis, has filed a federal whistleblower’s lawsuit. The Sunday Times, a British newspaper, has filed a lawsuit to recover the $500,000 it paid Armstrong to settle a libel suit. Others with financial claims are lining up, probably including people who will argue that Armstrong defamed them with excoriating attacks and multiple lawsuits if they uttered anything suggesting that he hadn’t been clean during his seven Tour victories. The U.S. Department of Justice is reportedly considering joining Landis in the whistleblower suit.

Like his previous history of denials and denunciations, Armstrong’s contrition on Winfrey’s show was sort of steely. It was as if he was talking about some other person who used drugs and bullied his critics with public ridicule and lawsuits. But there is a lesson for philanthropy in all of this.

When the rumors of Armstrong’s doping—in a sport where doping was everywhere—surfaced years ago, many people (if not most people) stood by Armstrong and his story. As was the case in the controversy surrounding Three Cups of Tea author Greg Mortenson and his Central Asia Institute, people wanted to believe Armstrong in part because he was the public face of a charity that, regardless of the charges, was doing good work against cancer. That work was based, at least to some degree, on the narrative of Armstrong’s inspirational story of surviving testicular cancer while being a top athlete and an American sports hero. Americans generally want to believe in their heroes and they especially want to believe in heroes campaigning for charitable endeavors.

When the rumors turn out to be true and the facts become overwhelming, the hero is compelled, sometimes in a stage-managed, PR-advised event like Armstrong’s apology appearance with Winfrey, to come clean and hope that the reputational damage isn’t permanent. Even though Armstrong has left the board of LIVESTRONG, the organization is still associated with him in the public’s mind. It is still formally the Lance Armstrong Foundation, and it has already suffered.

A fact sheet on the foundation’s website notes that the organization raised $48 million in 2012, but its 2013 operating budget is projected to be only $38.4 million, a 10.9 percent reduction from its 2012 budget. Although its total revenues have been increasing, that is due to increasing amounts of “other revenues” attributed to licensing fees and the sale of products. Meanwhile, contributions and grants declined from a shade less than $41 million in 2009 to $29.7 million in 2010, $24.7 million in 2011, and $23.4 million in 2012. To maintain a high operating budget, the foundation is probably drawing on its hefty fund balance, which had grown from $90.6 million at the end of 2010 to $103.4 million by the end of 2011. It is hard to imagine that LIVESTRONG won’t suffer more in terms of lost contributions as more details come out.

The American public and the American charitable donor really want to believe in their heroes and will do so past mounting evidence that their heroes have clay feet. At some point, however, when evidence suggests that the clay-footed heroes are more interested in themselves than their good works, charity takes a hit.—Rick Cohen