Can Nonprofit News Outlets Avoid the Biases of Funders? 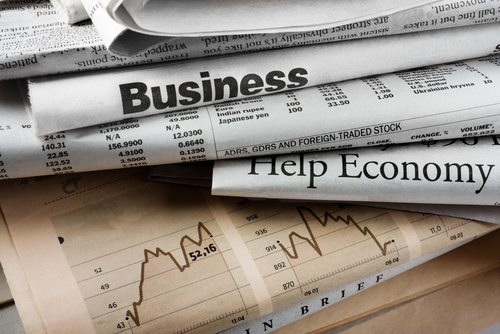 The state of Montana, with less total population than some big city neighborhoods, has two nonprofit news operations that have distinct—and acknowledged—conservative political leanings. Neither MontanaWatchdog.org, established in 2010, nor Media Trackers Montana, created this past spring, reveal details of their funding sources, both utilizing the confidentiality accorded by their 501(c) status, but they are close to or affiliated with organizations with conservative agendas.

MontanaWatchdog.org was created by the Montana Policy Institute, a free-market-oriented conservative think tank. The president of the Institute, Carl Graham, says, however, that the ideologically conservative leanings of the Institute will not undermine MontanaWatchdog.org’s commitment to good journalism, though there is an obvious political dimension to MontanaWatchdog.org’s choice of subject matter—for example, a lot of attention to stories about government spending. Graham said he directed his top investigative reporter, Phil Drake, on his hiring, to “be honest, be fair, be objective and don’t give readers a reason to question your veracity as a reporter.”

MontanaWatchdog.org doesn’t reveal the donors behind its relatively low annual budget, but a tie to the Franklin Center for Government and Public Integrity has been publicized. The Franklin Center is funded by the Lynde and Harry Bradley Foundation in Milwaukee, a mainstay of conservative philanthropy. Graham denies insinuations that the Koch brothers have funded MontanaWatchdog.org.

Media Trackers Montana appears to be primarily funded by a Tea Party-linked organization called American Majority, with the stated goal of “dig(ging) up dirt on the left” and taking on liberal organizations such as Media Matters and the Center for American Progress. It was created around the firestorm of attacks against Wisconsin Gov. Scott Walker’s policies on public sector unions, a strategy that conservatives in some states would like to see protected and replicated.

Montana Watchdog had to endure a dust-up concerning a story it ran by a writer with the Franklin Center who may have played a bit fast and loose with journalistic ethics, reportedly lying about his identity to obtain information for a story, but Montana Watchdog points out that he wasn’t a Montana Watchdog reporter—though the outlet ran his stuff.

Both of these nonprofit publications claim that they will be no less committed to good journalism than anyone else. Is that possible? Isn’t the reality of journalism, whether commercial or nonprofit, that there is always a funder—advertisers for most newspapers, foundations and think tanks for nonprofit news venues—with some sort of political or institutional biases that might come into play? And don’t all journalistic venues pick and choose among stories that suit their interests or perspectives? Do NPQ Newswire readers think that the conservative nonprofit news operations at Montana Watchdog and Media Trackers can do good journalism despite their politics, funders, and partners?—Rick Cohen