Can Personal Beliefs and Professional Responsibilities Be Kept Separate?

On June 28, historian David Myers announced he would step down at the end of August as the CEO of the nonprofit Center for Jewish History. His decision ends a year of conflict between his personal convictions and organizational affiliations, and his job and responsibilities as a nonprofit leader. In the wake of this news, and in an era of red-hot political argument, we are left to ponder how nonprofits can maintain a boundary between the personal and professional lives of their leaders.

The Center for Jewish History has an ostensibly noncontroversial mission. It creates “opportunities for diverse audiences to explore the rich historical and cultural material that lives within the Center’s walls,” providing a home for five other nonprofit organizations whose missions share the same commitment to history. Myers’ impeccable credentials as a historian would seem to only enhance the reputation of his employer. But shortly after he was named last July, controversy broke out over his political affiliations. As a board member of the New Israel Fund and two other organizations that challenge the policies of the current government of Israel, Myers found himself in the middle of a controversy that had nothing to do with his work as a historian or as the leader of the CJH.

Myers denied he was resigning due to these attacks, citing a desire to return to his full-time professorial position at UCLA and end a year of coast-to-coast commuting. He described his attackers, according to JTA, as nuisances—“bothersome gnats, like you find in the summer and swat away. They’re not people who compel life decisions.” Yet those who challenged his position see his resignation as a victory and a reason to continue in their efforts to create a litmus test for nonprofit leadership in their community.

Myers’s departure occurs only a few months after Rachel Lithgow was forced out as the CEO of the American Jewish Historical Society (AJHS), another group housed within the CJH facilities. Her problems arose after her nonprofit sponsored a play reading by a member of Jewish Voice for Peace, a group that’s part of the movement to boycott, sanction, and divest from Israel, and allowed a member of that group’s board to be listed as a co-sponsor at a historical forum. She and AJHS were loudly attacked in the same way Myers was.

In Lithgow’s case, her board bowed to the pressure and cancelled the challenged programs without her approval. Following her resignation, Lithgow wrote in the Tablet, “The lesson, at least in my case, could easily be that it doesn’t matter how devoted one is…and for how many years. In an instant…you can be isolated and vilified by the very people who sold you on the idea of the importance of community.”

As for Myers, members of the CJH board and other historians had publicly supported him. Leading American Jewish historian Jonathan Sarna told Forward, “it is unthinkable that the Center’s president should be obligated to espouse a particular view, or that there should be any ideological litmus test whatsoever beyond an ability to articulate and celebrate the ideals of the Center itself.”

When political disagreements are fierce, can a leader—political, business, or nonprofit—keep his or her personal life separate from their professional standing? Should nonprofit boards more closely monitor the activities of their staff, even on issues that do not directly relate to their organization’s work or mission? With the power of social media to amplify even small voices of protest, is there even a way to defend this separation when challengers will not? While these questions may not be totally new, they take on greater importance today.—Martin Levine 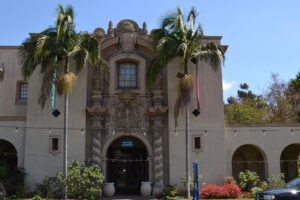 What Does a Clean Slate Entail for a Nonprofit Whose World Has Changed? 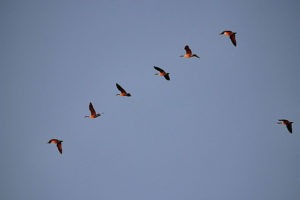